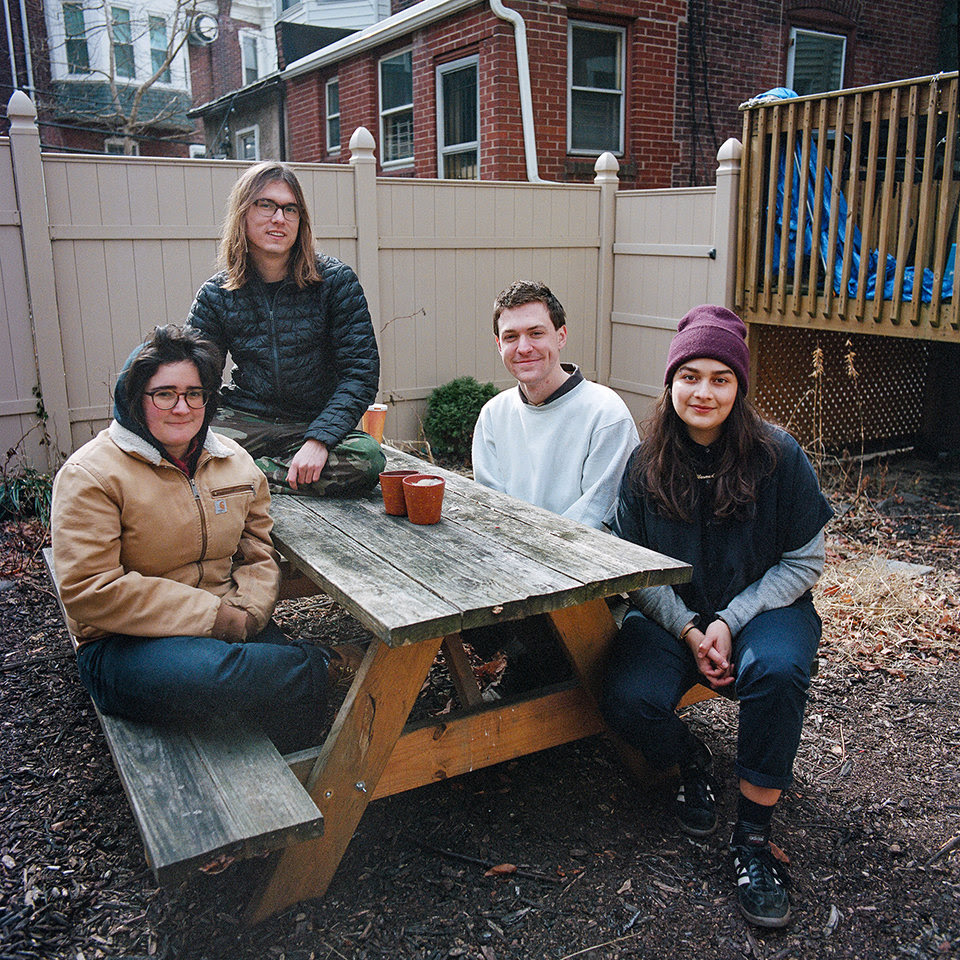 Philadelphia, PA’s Remember Sports will release their third full-length album entitled Slow Buzz on May 18, 2018. “Amid crunchy power chords and searing guitar hooks, Perry impressively deploys a rapid-fire torrent of words that cut through the fray with open-hearted honesty,” says early reviews say of the first single, ‘Up From Below.’

It took more than two years for all of the pieces to come together for Remember Sports’ forthcoming third album. In the time that has elapsed, Carmen Perry (vocals, guitar), Jack Washburn (guitar), and Catherine Dwyer (bass) have relocated from the tiny Midwestern college town of Gambier, OH, to Philadelphia, PA, adding new drummer Connor Perry and retiring their original nom de plume, SPORTS, along the way. Slow Buzz, out May 18, 2018 on Father/Daughter Records, is the latest evolution of a band known for its dedication to friendship and ability to carve out revelatory scuzz fueled tunes that make you want to grab your closest buds and dance your cares away.

Slow Buzz centers around a break up and comes at a crossroads for the band. The record is the first official release under Remember Sports, a moniker that functions as both a question and a command, which foreshadows all of the deeply personal emotions Carmen experiences at the painful end of a good relationship. Carmen’s writing is diaristic and intimate; hearing this record is a strange amalgam of both melancholy and joy. Brazen and energetic as ever, Slow Buzz is a record that is a paradox. It celebrates both the sanctity and joy of friendship in the same heartbeat as the grief attached to moving on from something difficult and nostalgic.

Recorded in Valatie, NY by Evan M. Marré (Russel the Leaf), Slow Buzz is the band’s first release as a solidified group, and fittingly the first record on which they had the luxury to experiment and expand upon their live sound. The result is an album that is expertly layered in its sonics: Slow Buzz focuses intently on all of the nuances of arrangement and production that Remember Sports has fine tuned over five years of playing together is their most ambitious record to date. Come for the high energy dynamism, stay to have your heart broken.