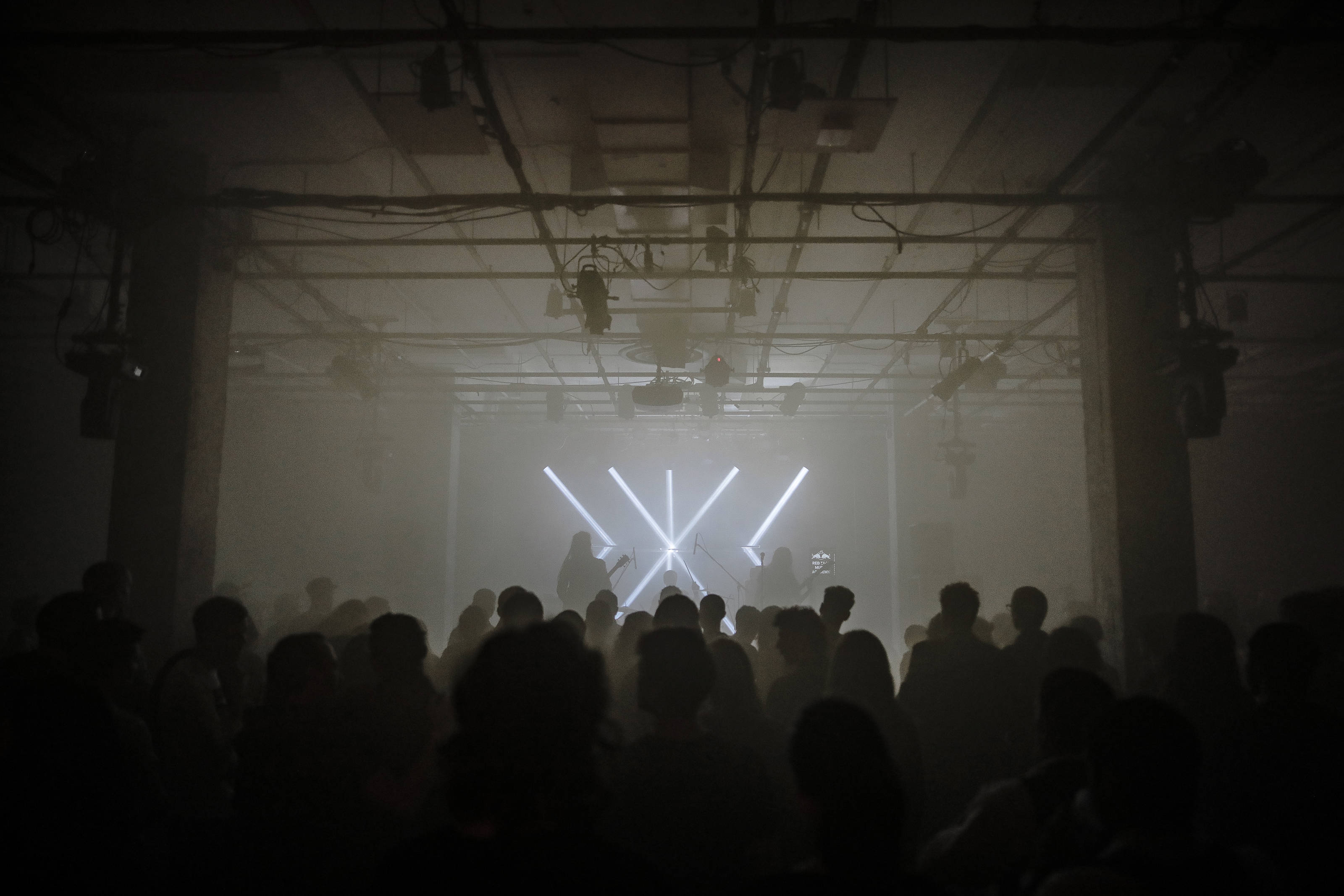 For day 1 of the 2017 Redbull Music Academy in Montreal, the Temple Damné proved to be a provocative mix of harsh tones, far-reaching composition styles and uniquely interactive art.

Bringing a much more crowd-sourced approach to their act, TRNSGNDR/VHS made an hour out of discussing how we can build our communities using our scenes. Broaching the problematic ways that scenes can end up destroying the communities they seek to build throw capitalism and gentrification, the crowd evaluated different way to tackle the issue. TRNSGNDR/VHS held nothing back as they not only brought the mic to the crowd but at times belittled them to provoke conversation. While forcing the crowd to use much more collective pronouns, it was hard to shake the idea the crowd was in turn being forced into only seeing one individual’s narrative as correct. Regardless of varying opinions on the matters at hand, it was extremely interesting to take in a chat and use it as both a way to further art and be art itself.

Through some interesting dark electronic loops that occasionally felt akin to Death Grips beats, SADAF layered their discordant melodies out to roost. Flowing itself like an ongoing stream of their consciousness they switched between eerie and warped vocals, bringing a sense of unease and excitement as they moved between more moving and more abrasive beats. They also involved a violin along with their vocals to make a conflicting wall of sound that pushed the boundaries of electronic and indie music. While the very extended style was certainly testing, the audience reacted well.

“You want evil, here’s evil,” proclaims Dopethrone as they take to the stage. Immediately launching into heavy drones, they laid their guitars into the ground and fell into them like Sonic Youth, forcing as many unnatural tones as they could out. While definitely one of the loudest and most visually dynamic sets of then night (the lighting crew definitely came alive during this set) their metal was inherently extremely primitive. Thanks to a deeply passionate performance that found every band member leaning into the heavy tones, it was a lot easier to overlook the simplicity of the actual music itself.