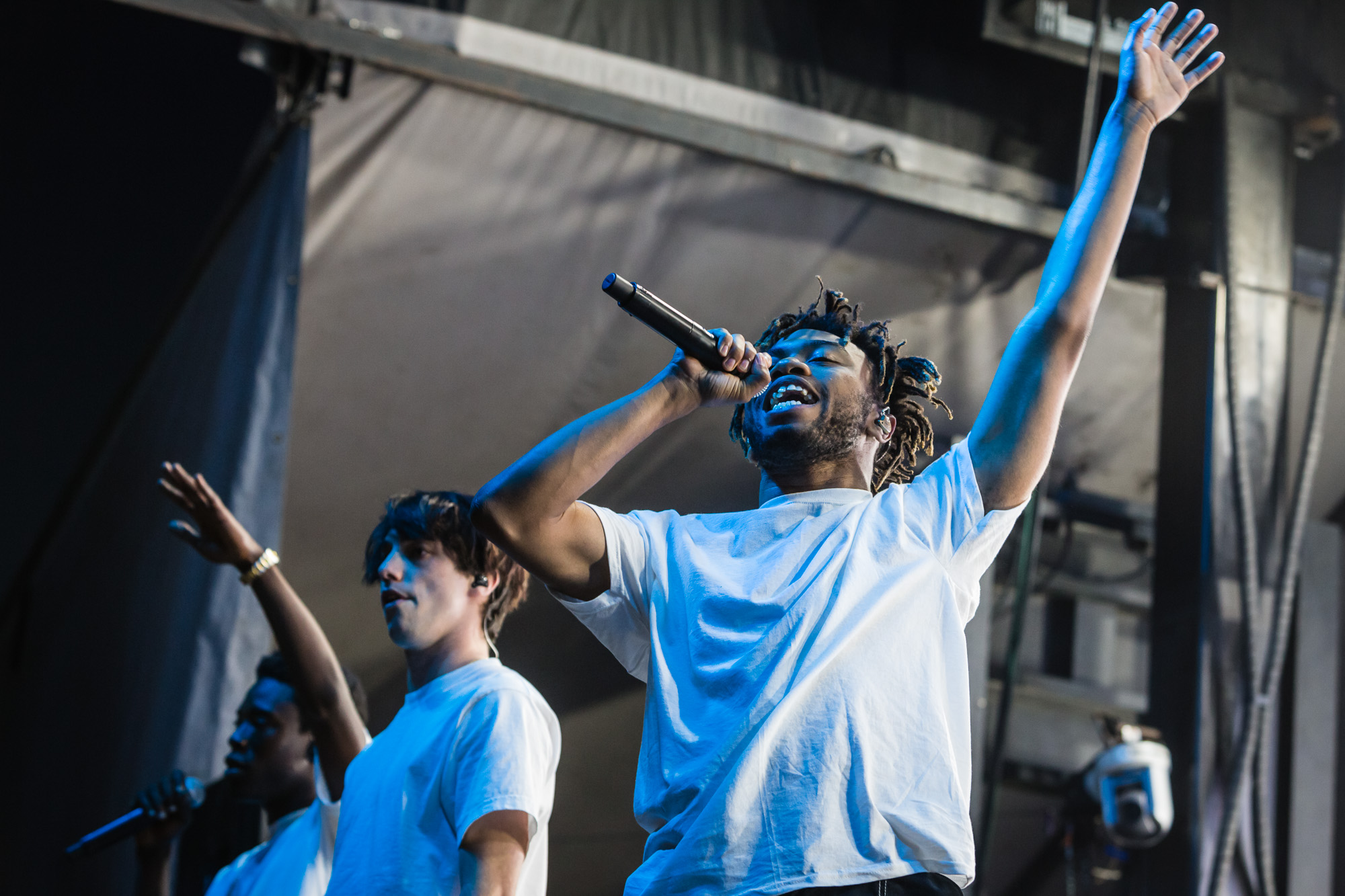 BROCKHAMPTON by Scott Penner, RBC Ottawa Bluesfest 2018, July 6
Share on TwitterShare on PinterestShare on PocketShare on RedditShare on FacebookShare on Email

With the brutal heat finally dying down in Ottawa, the second day of Bluesfest (our first day on-site) was a total joy to take in. Between the soothing sounds of The War On Drugs and the nice weather, it was easy to get lost in beauty outside and feel calm. As it turned to night however, a rowdy set from Brockhampton got our blood pumping and set us up for a great week and a half of music. As soon as the band hit the stage to roaring applause, lead singer Adam Granduciel thanked the crowd for their support, taking in their ecstatic energy well before they’d even strapped their guitars on. Launching into slowburns like “Eyes To The Wind” and “Pain” early on, the set oozed a sense of controlled majesty, where the band needn’t overstate their music with a lot of show, and instead focused on the music. Between songs, Granduciel would repeatedly whip his guitar around, causing massive feedback much to his chagrin and some playful tension with his guitar tech. The band even pulled out some deep cuts from their early work like “Arms Like Boulders,” inciting even more excitement from the crowd. Noting “Whammy’s are for blues” Granduciel even ripped off one of his whammy bars and threw it to the audience. After a repeated onslaught of jokes about Jethro Tull (who were playing later) Granduciel went into “Lost In The Dream,” as he and the band closed their set with a powerful track, and one that he noted, wouldn’t need to be rushed through to make their time. On a completely different energy level, Brockhampton came onto the stage bouncing around in their coordinated shirts and pants. After chanting their name for about an hour, the Bluesfest crowd was just as hyped up, and could be seen jumping at least 50 rows of people at time. Even early tracks like “Zipper” “Face” and “Gummy” had frantic energy going between the rotating singers, and the moshpits of people they kept creating. Launching into tracks like “Bleach” they also managed to temper low and soft moments with their explosive energy. Controlling the flow of the crowd like Moses and the Red Sea, the group was a force of nature at times, managing to incite cries from simple guitar licks. During the set, the band’s visuals rotated between poetry and selfie-based looks of the band, seeming to be a commentary on our own fascination with looks. It was when they pulled out their banger “Boogie” however that the group and the crowd collectively cut loose, and went into a dancing frenzy, with members screaming their lyrics and the Bluesfest audience going hard enough that water bottles, shoes and even jackets were flying around like artillery. After their break, they even returned to show their new track “1999 Wildfire” to take the set out on some gripping new material.