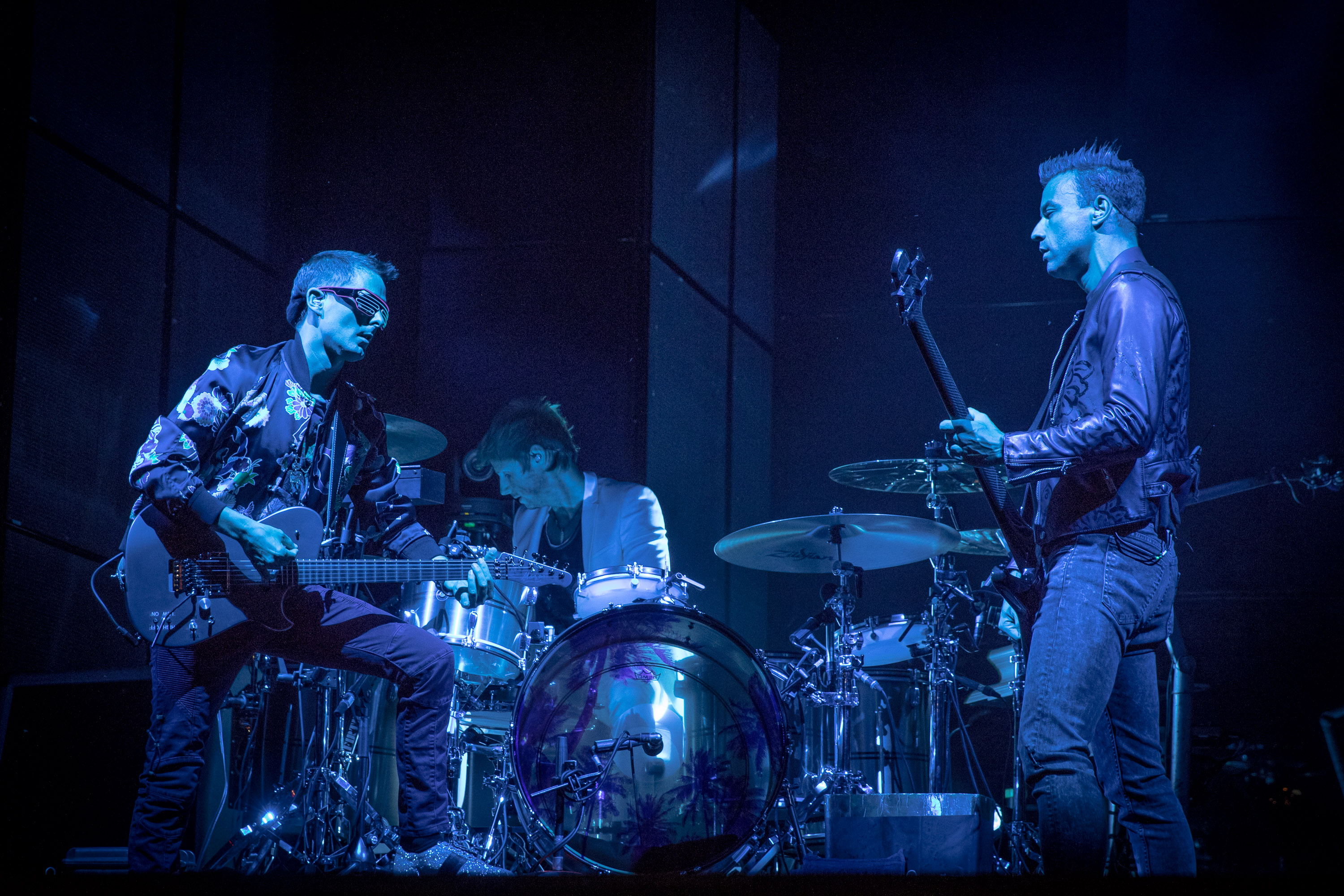 Delivering what might have been a surprise hit of a day for many people, Day 9 offered up some of the best sets of the fest back-to-back, all under the cloudless, sunny skies. From local rap royalty, to instrumental magic and a UK powerhouse trio, the night was easily in the running for best of the fest.

Delicate Steve was a joy to watch through his instrumental set, leaning into every noticeable moment and directing the crowd to notice his hooks. Taking his guitar as a voice, he led songs as his band chugged along, creating a very simple but effective dynamic between the tree, with the crowd chanting several riffs. Using his guitar head to lead the crowd in a back and forth with his riffs, he needn’t but signal the crowd after a lick to get them to sing back. His sense of humour came through a lot in the quirky moves and looks throughout his set, often being self-deprecating in the banter. Making upbeat tracks like “The Ballad of Speck and Pebble” catch on with the crowd, he even offered a cover of Tame Impala’s “Feels Like We Only Go Backwards” that found the crowd singing out the words to his guitar playing.

Giving his all to his hometown crowd, Night Lovell delivered a set that thrilled more than just hip hop fans. Along with tracks like “Dark Light” and “Fraud” his set brought a lot of depth along with his more lively offerings. His constant energy and sense of pride to play to his hometown audience was tangible as he shuffled through an electric set.

Leading the crowd through the empowering chants of “Dig Down” Matt Bellamy commanded the crowd along with his towering LCD columns that moved in and out with each track. Launching through “Psycho,” the bass-blaring “Hysteria” and of course “Resistance” they opened their set on quite the pile of bangers. Welcoming the Ottawa crowd, Bellamy announced it was their first show in Ottawa since 2004, saying “It’s been too long.” One of the biggest surprises of the night was the double bill of “Plug In Baby” and “Stockholm Syndrome” pulling from as far back as they went in the night, with the latter tracks heavy finale rocking the crowd quite intensely. Making the crowd dance through “Supermassive Black Hole,” sing through “Madness” as well as clap and head-bang for “Starlight” they offered a mostly no-frills set, managing to get some pretty solid responses out of the live versions of their Drones tracks. Delivering the drum performance of the night on “Time Is Running Out” Dominic Howard nailed every last bridge of the track, as they ended on a build-heavy rendition of “Mercy” complete with confetti cannons. Coming back for their encore with “Uprising,” they had fists and shouts as if their protest song was for a real riot. Closing out on “Knights of Cydonia” every last tremolo pick note was sung out for good measure and no body in the crowd was left with energy as the tracks burning finale found even the most tired fan exploding with energy again.