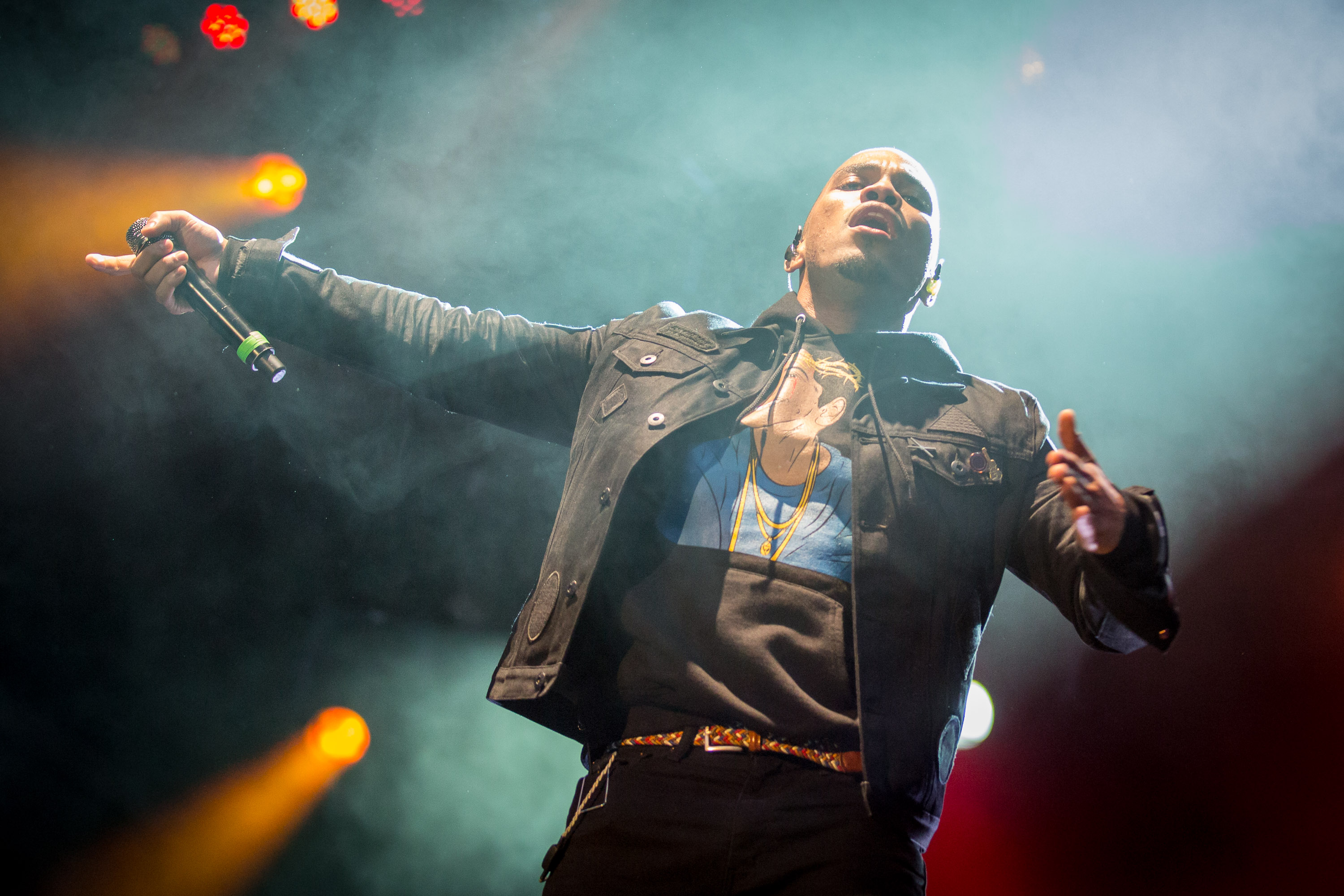 A night that was hard to properly anticipate, the night’s forecast for light rain wasn’t totally accurate. Between lively sets from 90’s bands like Live and The Headstones that rocked the crowds, the Glorious Sons carrying the next generation, and Anderson .Paak and the Free Nationals showing a much healthier attitude in his hip hop show than was shown the previous night, it was an exciting night of top-notch shows. But with rain and dangerous lightning scaring the staff for .Paak and completely shutting down Live, things definitely got out of hand as the weather got worse.

Commanding fans and casual listeners alike, these Kingston rockers brought their blend of hard rock with classic influence to the Claridge Homes Stage. With a burning fire in their souls they roared their vocals out, pulling anyone nearby in with the raw energy and catchy hooks. With drums pounding at an unnatural heft, they stomped through tracks like “Mama” and “Heavy” leaving the crowd wowed.
Delighting their core group of extremely devoted fans, they were brimming with a dynamic electricity in their bones, with at least half the members careening around the stage while barefoot.
Headstones

Rocking just as hard years down the road, The Headstones had a furious energy in their set. Taking equal times to check on camera people and crowd members, while even taking requests, they were looking after their fellow people. Running down the divider of the City Stage mid-song for a harmonica solo their singer was oozing energy, coming back to run through the crowd itself while singing “Tweeter and the Monkey Man.” Crowding the mic as a band as much as they swung around the stage, even with one member on crutches they went hard for their set.

Anderson .Paak And The Free Nationals

An ecstatic st, .Paak and hsi band were a marvel on stage, moving around as they brought beautiful R&B to the crowd. .Paak had the crowd jumping, singing, moving their arms and bodies, conducting the audience more than his band. Through tracks like “Milk and Honey” and “The Season/Carry Me” he lead crowd members through a lot of vocal exchanges, always more engaged than the last time. Jumping on the drums, the crowd went nuts before he was rushed of stage for fear of the oncoming lightning. After the distant lightning seemed to stay off for 20 minutes, .Paak returned. Apologizing to his fans for the shortened set time he turned and said “Let’s just get right to the party then alright?” Booming right into his most explosive dance tracks, he made up for the lost time, putting even more oomph behind his stage show, going full throttle on the drums as well. Closing on “Miss Right” and “Luh You” the crowd dance and sang, closing out his set just as memorably as if it had been longer.