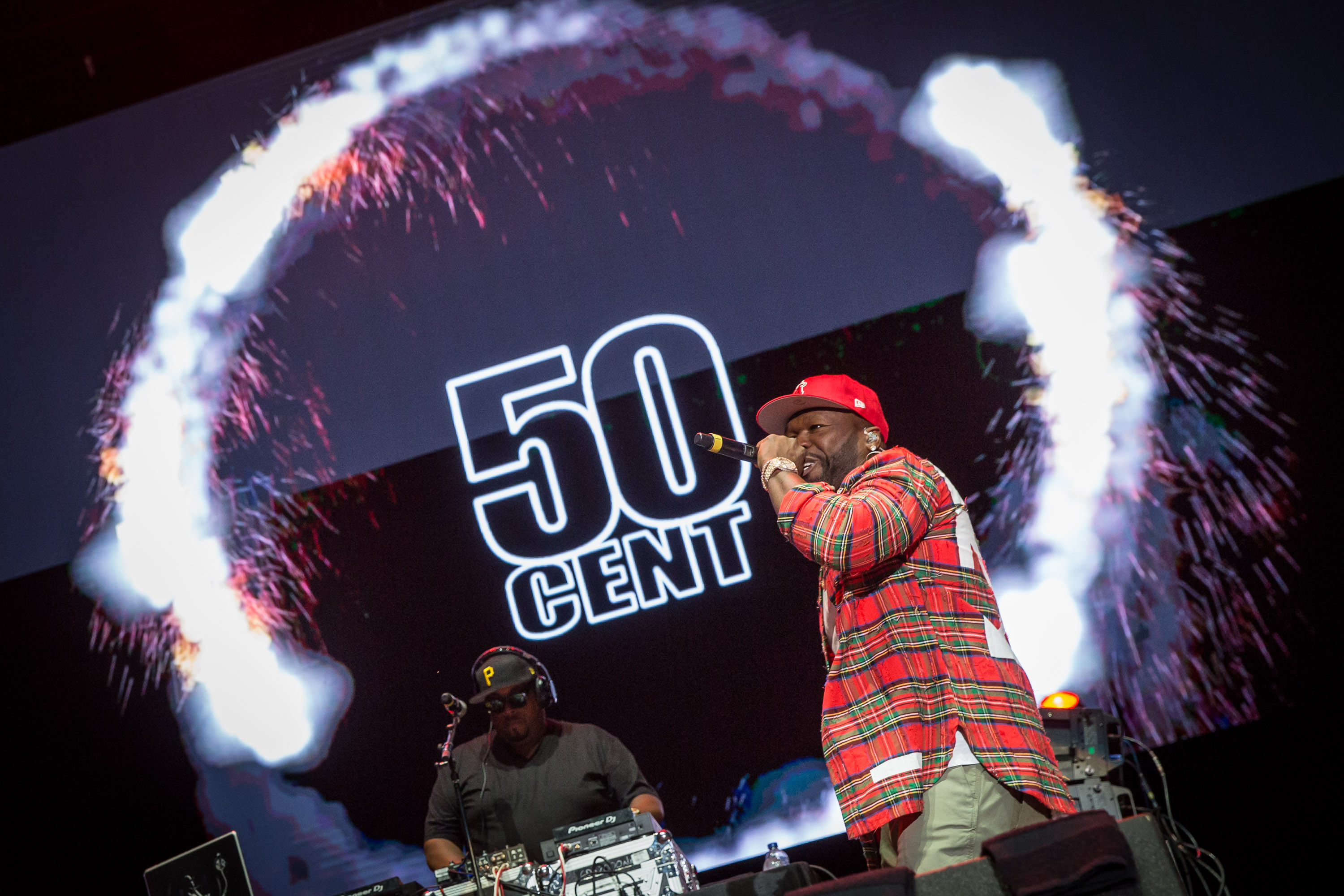 The Saturday night of Bluesfest was exceptionally geared towards moving bodies in different ways. Whether it was dance or hip hop, there was a beat and melody to have everyone moving.

Pulling the rare early set start, 50 Cent was already in great standing for his set on the City Stage before showing off his Canadian-coloured plaid. Blasting through tracks like “I Get Money” and “P.I.M.P.” early on, he made sure the crowd always had something fresh. While he did cut a lot of tracks short (like Kanye did on his Bluesfest visit) the work from his hype-generating back up crew eased the space between tracks a lot. Playing tracks from G-Unit as well, it was a solid career straddling set. After the tenth shout of “Make Some NOISE” from his hype-men it did feel like 50 could have lent a little more attention to the crowd himself, but zooming through “Many Men (Wish Death)”, “How We Do” and then “Candy Shop” it wasn’t that big of a deal. Closing on “Disco Inferno” and “Ayo Technology” he worked the stage nonstop, before closing things at 10:05. Clearly way too early, he came back on for another load of songs, stirring up the crowd through “Window Shopper” and “In Da Club” as the “It’s Your Birthday” cries were almost deafening.

Hitting the stage in futuristic burlesque-wear you knew that it was going to be a unique set. This Czech electro-swing outfit rocked the crowd with such a natural charisma fans new and old were swept up in the excitement. Bringing tracks like “Rise Up” and “Just Dance” they shouted to the audience to do just that as they sang along. Feet constantly off the ground on both sides of the barricades the band was a force of nature so contagious that the hill crowd was just as rowdy as the pit. With singer ” coming down to the rail to dance with the crowd shoe-less they made sure no one was standing still. Truly one of the standout shows of the festival, and a band worth catching if you have a chance.

Jangling through their dreamy indie rock, local lo-fi outfit Future States were right at home playing in the Barney Danson Theatre. Never overstating their downbeat music they turned the indoor stage into an intimate club as they moved from glistening riffs to suave solos. The subtle sways and coy interactions with the crowd transported the set from a festival to something more personal.