“The Rattle in the Room” by Corner Suns 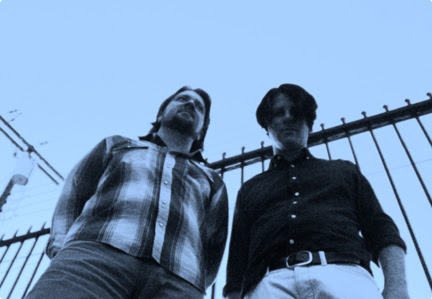 Corner Suns teams up with Sarah Jaffe for new single “The Rattle In The Room,” taken from Dallas-based band’s upcoming debut LP, out Jan. 13th.

The 14-track album combines neo-psyche and baroque pop influences that will grab the attention of fans of artists such as ​​The Zombies, ​​Magnetic Fields, and ​​The Shins, that share a similar ability for sharp songwriting, memorable vocals, and pop hooks.

On the album John Dufilho said:

“I was going to leave this one off the record, but I changed my mind, or maybe Brandon changed it for me,” says Dufilho of the cut. “I asked Sarah if she’d be up for singing a few songs, and she liked this one. I’m always completely flattered when she’s up for singing something I wrote.”

“I’ve been wanting to play this beat on something for a while now.” Dufilho says about the tune. “This song is mostly about how reality seems to make no sense and we’re just watching, confused. It’s about the Earth vs. the people on it, and how the Earth will no doubt win.”

“My original idea for this record was for it to be really heavy,” says ​​Dufilho. “I wanted to make something that sounded like Black Sabbath, but I realized that I had no idea how to write songs like that.”

“It’s true, our psychedelic ​​Black Sabbath concept was a misadventure,” ​​Carr jokes. “My voice was still muddled from the years off, but ​​John helped me find it again, and the songs really began to come together.”