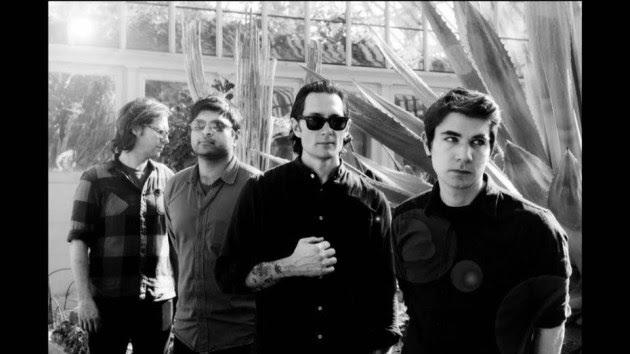 The album’s dark, fuzzy post-punk merged with chiming 12-string guitar pop hooks brings to mind everything from Echo & The Bunnymen, The Ponys, Joy Division, 80s Paisley Underground, The Cure, The Church and more. Radiant Remains is a jump forward from the band’s fuzzy garage beginnings, and what was originally to serve as Radar Eyes’s swan song now becomes, kind of a rebirth with vocalist/guitarist Anthony Cozzi’s recent relocation to Los Angeles in 2016.

The album is being put out via new Chicago label Under Road Records, Radiant Remains was engineered by Gregoire Yeche at Electrical Audio and mixed by Adam Stilson. It features many friends filling in on guest spots, including Outer Minds vocalist and organist Mary McKane, saxophonist Bob Johnson, and Touched by Ghoul frontwoman Angela Mullenhour — who performs a theatrical, over-the-top duet with Radar Eyes singer Anthony Cozzi on “A Daughter’s Hymn,” the album’s centerpiece and highlight.

Radar Eyes is embarking on a Fall tour in support of Radiant Remains, and Cozzi says he expects to have even more new Radar Eyes music written by the end of the year. If this is a new era for the band-which also includes guitarist Russell Calderwood, drummer Nithin Kalvakota, and bassist Lucas Sikorski.