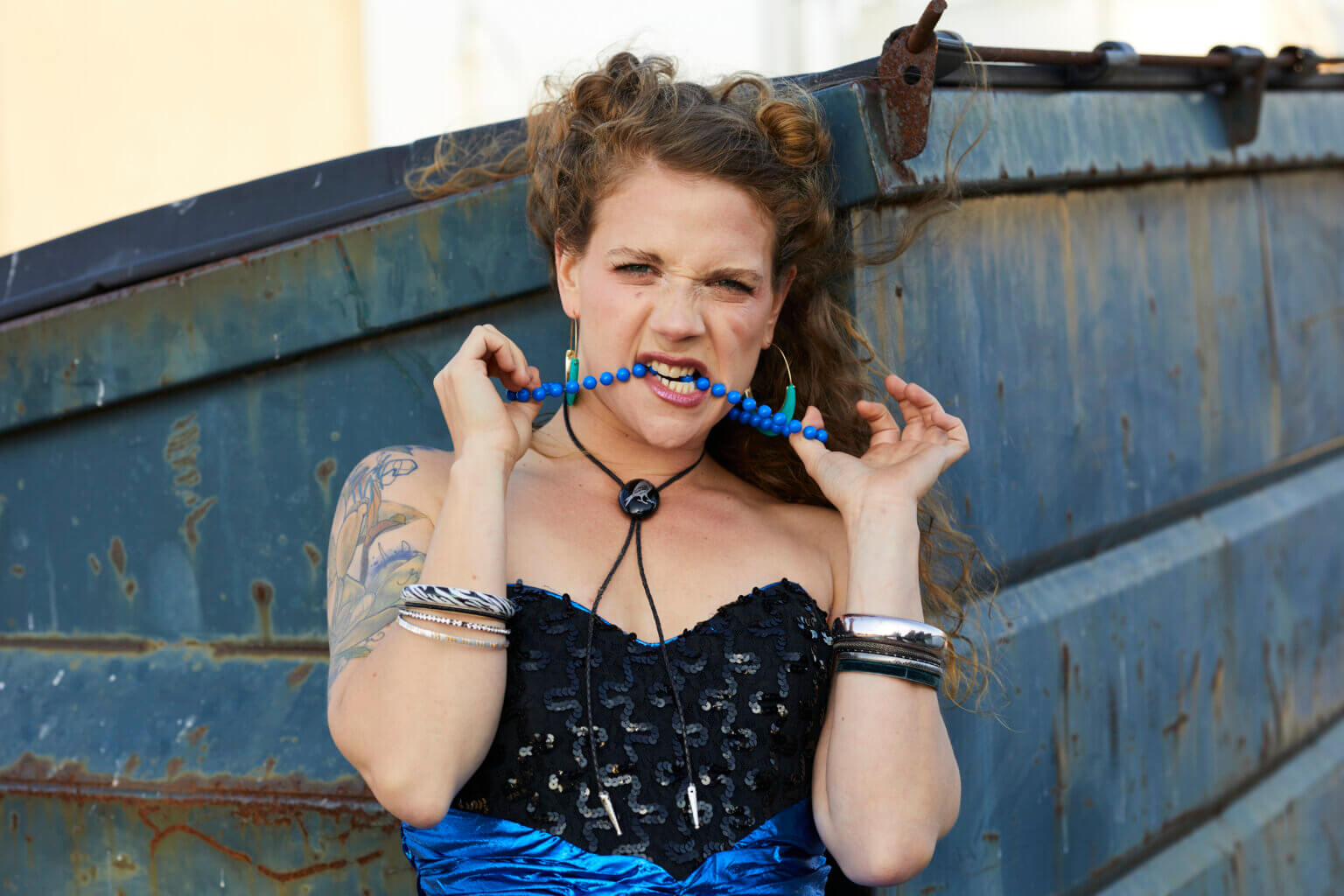 Feminist folk/punk singer Rachel Lark has released a video for “The World’s Really F*cked But This Show Will Be Pretty Good.” The track follows, the Oakland-based singer/songwriter’s single “The Unicorn Song”. The track is described as a whimsical journey through polyamorous follies. Both tracks are off Lark’s forthcoming Sex and Balances EP, available September 25. Full of political angst and existential dread, the EP speaks to the moment of 2020 better than Lark would like it to.

Rachel Lark on “The World’s Really F*cked But This Show Will Be Pretty Good:”

“I hope the video can create a moment of catharsis for viewers, especially those in the west dealing with these climate change driven fires, and also inspire people to not give up and keep fighting, not only for our future, but also for our present, because it just feels better to be part of a movement than to be isolated.”

Lark is currently playing drive-in live shows to bring live performance to people during the pandemic, Rachel also works on different social justice causes, including placing immigrants with sponsors to get them out of ICE detention.