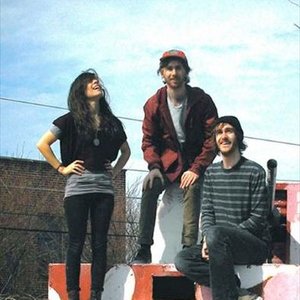 When the three members of Quilt arrived in New York City in April to begin the intensive recording process for their second album, the new and aptly named Held in Splendor, out January 28th on Mexican Summer, they stepped directly into spring. Anna Fox Rochinski, Shane Butler and John Andrews had spent much of the previous several months clutched away at “The Puritan Garage” in Boston’s Charlestown, shielding themselves from a winter of blizzards with the haven of their practice space and a set of fresh songs.

Since the release of their 2011 self-titled debut on Mexican Summer, they’d become more than kids just out of college. They’d become a bona fide hard-touring band, with stories to share from the road and experiences to distill into the narrative of new music.

Whereas their first album was made mostly for free and mostly by friends over the course of a year of starts and stops, in sessions that captured the early and elemental and exciting efforts of a band finding its footing, Quilt entered the proper in-house studio located beneath the Mexican Summer offices in Brooklyn for this one. They’d allocated a solid month for recording, and they clocked full days, every day, with Woods member and producer Jarvis Taveniere.

Also, the band is participating in Mexican Summer’s 5 Year Anniversary Festival, happening this weekend at Pioneer Works in Brooklyn, NY’s Red Hook neighborhood. They’re part of an amazing lineup, featuring Ariel Pink, Spiritualized, The Fresh & Onlys, Tamaryn, No Joy, and more. Info and tickets, can be found here. You can also catch them on tour in November with Happy Jawbone Family Band.

9. The World Is Flat