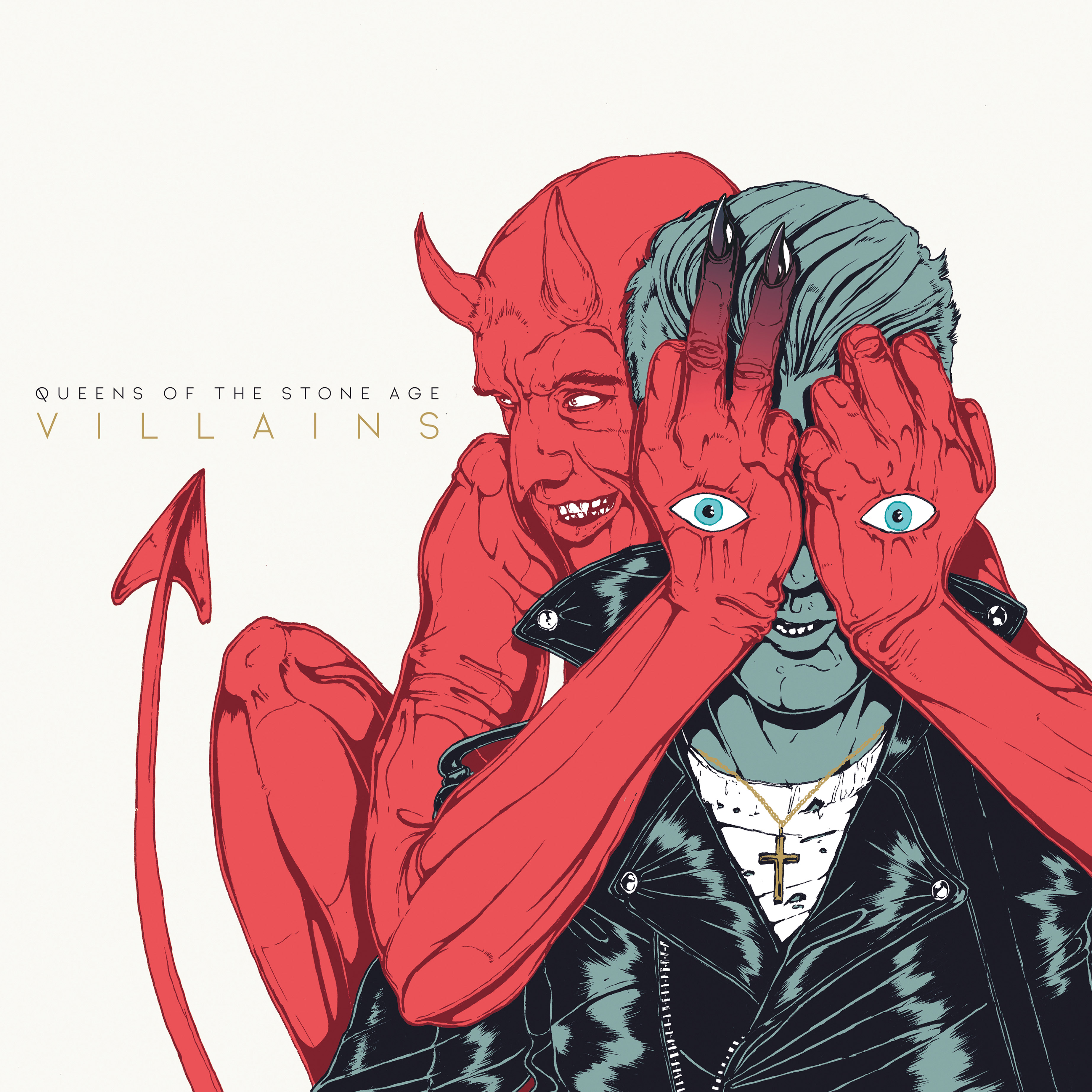 Queens of the Stone Age have dropped their new single “The Way You Used To Do.” The track is of their forthcoming release Villains, out August 25th via Matador Records.

“The title Villains isn’t a political statement. It has nothing to do with Trump or any of that shit. It’s simply 1) a word that looks fantastic and 2) a comment on the three versions of every scenario: yours, mine and what actually happened… Everyone needs someone or something to rail against—their villain—same as it ever was. You can’t control that. The only thing you can really control is when you let go.”

Produced by Mark Ronson and co-produced by Mark Rankin and mixed by Alan Moulder, Villains is the first full album offering from Queens Of The Stone Age since 2013’s Like Clockwork.

Like the stunning artwork of returning illustrator Boneface, the sonic signatures of the lineup that took …Like Clockwork around the world and back—Founder/guitarist/vocalist/lyricist Joshua Homme, Troy Van Leeuwen (guitar, keys), Michael Shuman (bass), Dean Fertita (keys, guitar), Jon Theodore (drums)—are as unmistakable as ever, though coexisting with sufficient new twists to induce recurring double takes.

As Homme himself puts it, “The most important aspect of making this record was redefining our sound, asking and answering the question ‘what do we sound like now?’ If you can’t make a great first record, you should just stop—but if you can make a great record but you keep making records and your sound doesn’t evolve, you become a parody of that original sound.”

Of his role working within such a closed and confident ecosystem as Queens Of The Stone Age, Ronson says, “Queens are and have always been my favourite rock n roll band ever since I walked into Tower on Sunset and bought Rated R in the summer of 2000, so it was incredibly surreal to be welcomed into their secret, pirate clan—or the ‘jacuzzi’ as Josh likes to call it. I also knew that my super fandom alone would not keep me in the jacuzzi. There were moments during the making of the album in which i was aware i was watching my musical heroes craft something that was sure to become one of my favourite moments on any Queens album. And to have some part in that felt like being in a dream–a very heavy, dark, wonderful dream.”
Queens of the Stone Age
Villains
Tracklisting

1. Feet Don’t Fail Me
2. The Way You Used To Do
3. Domesticated Animals
4. Fortress
5. Head Like A Haunted House
6. Un-Reborn Again
7. Hideaway
8. The Evil Has Landed
9. Villains Of Circumstance