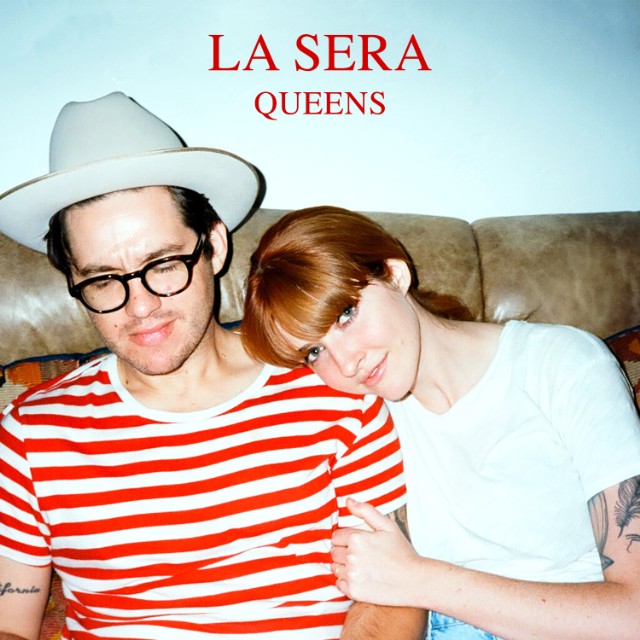 Even while La Sera founder Katy Goodman has maintained a steady presence in the indie rock scene for years now, dating back to her time slinging low-end sounds with reverb-blaring NYC punks the Vivian Girls, 2016 has been a prolific year for the performer.

Back in the spring, she dropped the Ryan Adams-produced Music for Listening to Music to, her fourth record with La Sera and first with husband/guitarist Todd Wisenbaker as a fulltime collaborator. The album was an effortlessly excellent step forward for the group, mixing a Smiths-style jangliness with a bit of Hollywood Honky Tonk. Just a few months later, Goodman and Springtime Carnivore member Greta Morgan softened up a few of their favourite punks songs for the playful Take It, It’s Yours. Now, La Sera is back for a digital-only release called Queens. While offering up a couple cool tracks, Goodman’s third release of the year shows a bit of wear.

“Queens” kicks the five-song collection off in style, specializing in the kinds of chorus pedal-slathered six-string tones and the back-and-forth vocal play Goodman and Wisenbaker peppered into their last full-length. A smooth, summer breeze vocal has Goodman weighing in on personal tastes (“Some women like kings, and some men they like queens”), but mic-sharing cohort Wisenbaker adds a lovable stumble to his lines about spilling coffee on his shirt.

While “Queens” works a distortion-chunky folk rock angle, “Magic in Your Eyes” is flooded with watery, Johnny Marr-inspired riffs. Goodman’s vocal is a deep shade of cobalt that threads together images of sinners throwing their hands into the river and of being caught up in an overpowering stare. The effect of the intricately-picked piece is likewise hypnotic.

But following these two sterling examples of what La Sera can do, the momentum dips when the EP switches its focus from new tunes towards a series of alternate takes. “Shadow of Your Love” was one of Music for Listening to Music to’s most enigmatic cuts, a mellow piece driven by the charm of dust-shufflin’ snare drum and a haunting fadeout.

“Shadow of Your Love (Slight Return),” meanwhile, is an extended take that piles on the distortion and concludes with a severe, digits-enflaming guitar solo from Wisenbaker. The guitarist’s on-and-on series of bends and runs comes in at close to two minutes and twenty seconds.

“I Really Need an Angel” is an update of another Music for Listening to Music to standout, “I Need an Angel.” If you follow Wisenbaker’s Instagram feed, which explores an infinitude of different guitar tones, then the slightly different mix of sounds and speaker-panning options may hit the spot, but the more energetic and essential take is found on La Sera’s LP, not Queens. Most oddly, unless you caught the band on tour this year, this latest take also swerves into the blues rock sounds of Led Zeppelin’s “How Many More Times” before ushering in a full-blown cover of “Whole Lotta Love.” But while getting the Led out is a curve ball that works in-concert, the re-listen value seems questionable in light of the rest of the La Sera catalogue.

As a digital EP, Queens is a little lopsided. If Polyvinyl ever opts to cull the two original songs for a physical release, it’d be a pretty golden 7-inch.