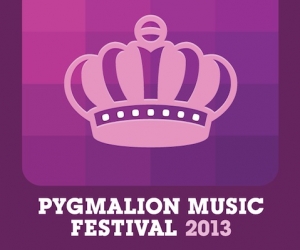 With Major Lazer, The Breeders, The Head and The Heart, Kurt Vile and The Violators,and Dawes headlining this year’s Pygmalion Music Festival, taking place September 26-28, 2013 in Champaign-Urbana, Ill, the official schedule has been released for 2013.

As happens every year like clockwork, festival passes are just about gone. The festival, which is held on and near the land grant campus on the University of Illinois, tends to move through the final batch of passes almost immediately once students return to school and learn about the vast array of artists performing in their college town for the last weekend of September.

In 2013, Pygmalion Music Festival returns to Krannert Center for the Performing Arts on Opening Night, after a two year hiatus from the world renown, acoustically perfect venue. On Thursday September 26, 2013, The Head and The Heart will perform with Daughter and Damien Jurado in the early evening at Krannert Center, before making way for a late night headlining performance at The Canopy Club with Warpaint, Murder By Death, Larry and His Flask, and local psych rock luminaries, The Dirty Feathers.

On Friday evening, in historic Downtown Urbana, Kurt Vile and The Violators will co-headline the Outdoor Stage with Dawes, before two late night performances. One will feature Toronto punks METZ at The Independent Media Center, and the other will see The Breeders performingLast Splash in its entirety at The Canopy Club, with support from Foxygen, and locals Common Loon.

Saturday, the festival moves completely to bustling Downtown Champaign, where a two-stage all day Outdoor Concert behind The Highdive will be headlined by Major Lazer, with support from artists such as Youth Lagoon, Dessa, Cavemen, Bleached, Cory Chisel and The Wandering Sons, Psychic Twin, Kishi Bashi, and more.

Late night shows include performances at various venues and clubs in the Downtown area featuring Saturday Looks Good To Me, Jenny Hval, Stagnant Pools, Rockie Fresh and many more.