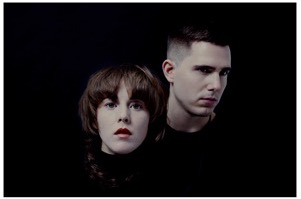 Tune into Jimmy Kimmel Live! tonight to watch Purity Ring perform “Begin Again” and “Bodyache” from their album another eternity (4AD / Last Gang Records) on the outdoor stage. Today, they reveal the video for “Begin Again”.

The video, which was directed by award-winning filmmaker Young Replicant, is an eerie, ritualistic narrative exploring the song’s themes of renewal and rebirth. It is gorgeously shot, ancient and unsettling which beautifully compliments the cosmic lyricism of the song.

Purity Ring will perform in Toronto and Halifax before kicking off a 19-date European tour on Oct 27, which includes a performance at the Roundhouse in London and will return to Los Angeles to headline the Shrine on Dec 5. In the New Year, they will head to Asia for The Laneway Festival with performances in Singapore, Australia and New Zealand.