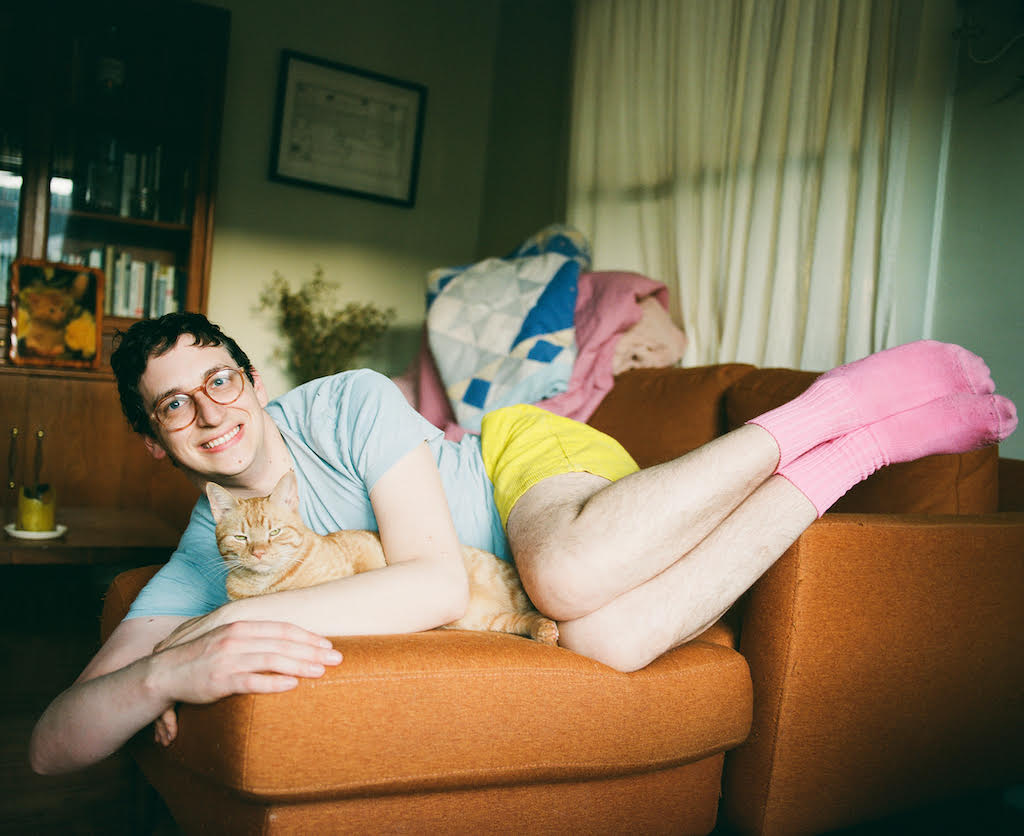 Jerry Paper releases his new album Abracadabra, on May 15th via Stones Throw Records. The track itself is about a person being held captive by an alien entity – which tbh is not too far from the position we all find ourselves in. It includes highly relatable lyrics like “I think about what I’ve done today. It’s Nothing. I’ve Done Nothing. Accomplished Nothing. I pick up the jigsaw I’ve been working on (or Rather staring at)….Maybe next few days they’ll release me?” You may have spotted Jerry Paper feature first this week in the utterly unsettling trailer for Mac Demarco’s new web series Eternal Family

In 2019, back from travelling the world for the I Am Begging You To Come To These Shows tour, Jerry Paper hung up his flowing dress and sandals, glided into the studio, and began giving material form to his next musical manifestation: Abracadabra. Where his last couple of records were recorded and produced in a Toronto studio with his BadBadNotGood friends, and previous album Like A Baby included collaborations with Matty Tavares, Weyes Blood, Mild High Club and Charlotte Day Wilson, for Abracadabra Nathan decided to go it alone.