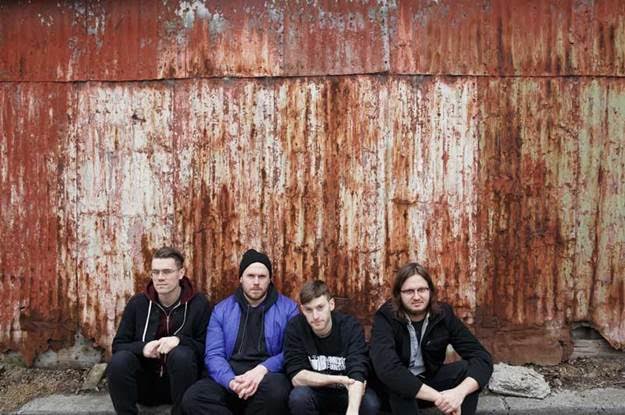 If you were lucky enough to get into either of PUP’s sold out shows in Toronto or Montreal this last month, then you were privy to the “thunderous response of yells and fist pumps” and a “frenzy of flailing limbs and floating beach balls” which led Exclaim! to claim “they’re just too relentlessly good onstage.” Today, the Toronto quartet has announced that they’re adding a lot more dates to their already massive North American tour, making the jump back to the UK and Australia before returning to Canada for a nationwide road trip. Full tour dates can be found below, with even more stops to be added in the future.

This past February, Toronto’s PUP revealed the name of its new album – The Dream Is Over. They’re the exact words a doctor spoke to singer/guitarist Stefan Babcock upon discovering his vocal chords had suffered “pretty aggressive hemorrhaging.” Given that the band played over 450 shows in the last two years in support of its self-titled debut, it’s perhaps not surprising that it happened. But by announcing The Dream Is Over the way they did – onstage at a sold-out show in Brooklyn – PUP proved that the exact opposite is true. The Dream Is Over is visible, visceral proof that the dream is still very much alive. Out last week on Royal Mountain Records, PUP celebrated release day with a performance on CBC q as the Friday Live guest and today they find themselves on the cover of Exclaim!

As for that self-aware, tongue-in-cheek album title? “It’s a fuck you to that doctor who told me I may never sing again,” explains singer/guitarist Stefan Babcock. “It’s a fuck you directed at ourselves for every single moment we ever took for granted. And it’s a shotty reminder that shit happens and expectations change but we’re still doing what we wanna do. This is life. This is the fucking dream.”

Since the release of PUP’s self-titled debut, this ferocious four-piece has truly taken the world by storm. They were listed amongst Rolling Stone’s Breakout Rock Acts of 2014, named one of Kerrang’s 20 Hottest Bands In The World Right Now, garnered nominations for three JUNO Awards, including a 2016 Video Of The Year nod for “Dark Days,” which was also shortlisted for the Prism Prize, while the album itself was listed for the Polaris Music Prize.