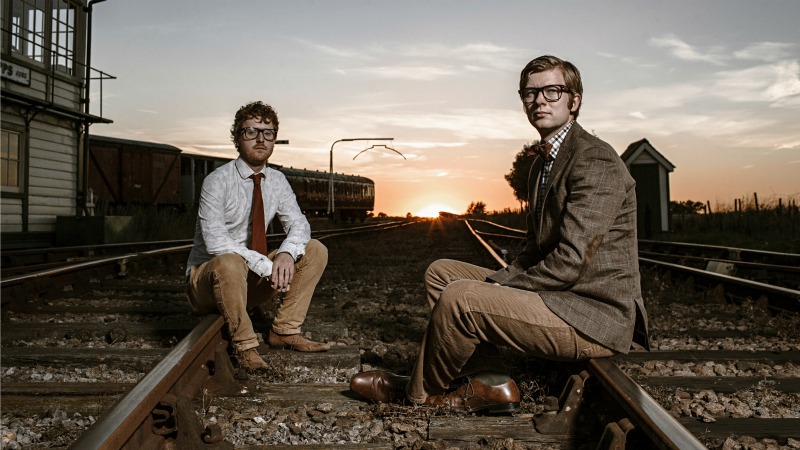 To coincide with another series of summer festivals, Public Service Broadcasting are releasing live favourite ‘The Other Side’ on 28th August. J. Willgoose of PSB describes the track as the “most emotional moment” on the album as it delivers emotive charges of drama, heroism and wonder. Ahead of its release, London producer Datassette has remixed the track, exploring its emotions as it builds across six minutes.

The Race For Space reached #11 in the UK album charts in its first week – with 5 weeks in the top 40 and 14 weeks in the top 100 – selling over 45k records worldwide since its release at the end of February – in the running to be the indie hit of the year so far.

The band have had an action-packed summer of festival appearances with slots at Glastonbury, Latitude & Secret Garden Party already under their belts with Green Man, Northbound and a handful of others before the summer is out. Full listings are below, along with a newly announced tour for the autumn including PSB’s largest ever headline show at Brixton’s O2 Academy on Sunday 29th November.