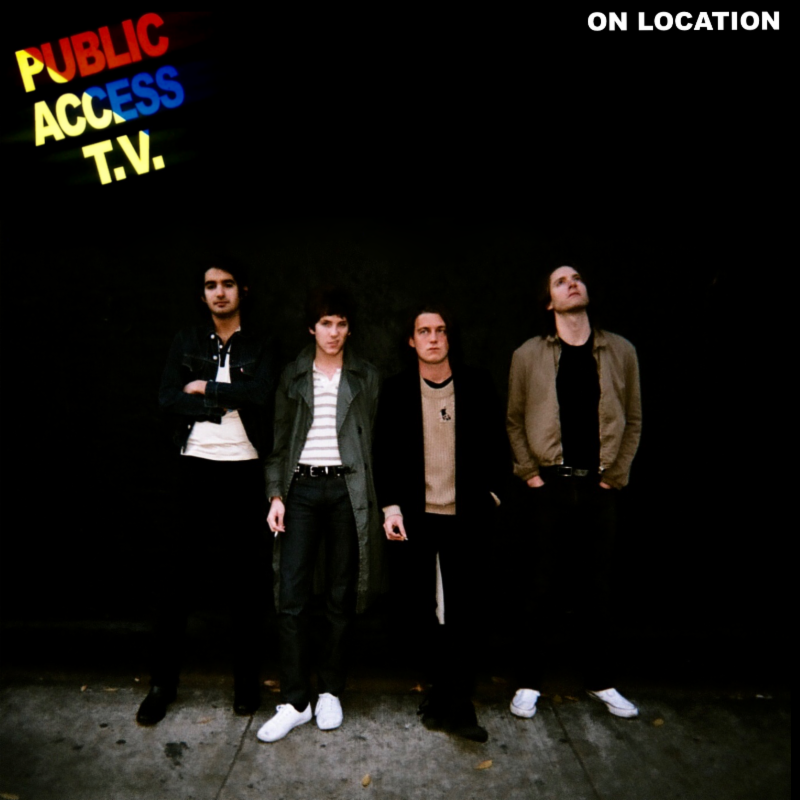 New York City band Public Access T.V. have released the video for their new single “On Location.” Talking about the clip, the band says: “We wanted this music video to be the vibe of one that you would see on T.V. at 5 am when you are fucked up on your friends sofa, trying to keep it together, and aren’t totally sure what you’re watching… We were always really inspired by watching late night Public Access TV programs in NYC (hence our name), and wanted to sort of pay homage.” “On Location” will be featured on the band’s debut album this year, out on Cinematic Music Group.

Last year, was a busy one, for Public Access T.V., they released their debut EP, put out the AA-sided single “Patti Peru / In Love And Alone,” and toured the US and UK playing with Gang of Four, The Strokes, Wavves, Fidlar, Palma Violets, Twin Peaks, and performing at festivals throughout Europe.

Public Access T.V. are a band firmly planted in downtown New York City. Before they released their first song, played their first show, or even had a name, Public Access T.V. were a band. Best friends out every night together, sharing clothes, cigarettes, pocket change, and most importantly living together in a dilapidated East Village loft where they could stay up all night playing music… loudly.

“It wasn’t like ‘let’s start a band,'” 24-year-old singer and main songwriter John Eatherly says of the formation. “We already were playing music and hanging out together all the time. We were all doing different things, playing as hired guns for anybody just to pay the rent, and then one day I came in with these songs I wrote and we all just knew this was something we wanted to do for real.”

“We wrote there, rehearsed, recorded, lived, everything,” says John. “It was home…and then it was completely gone.”

Demoralised and thousands of miles from NYC, PATV did the only thing they could think of. As John says: “We told our agent to book as many gigs as possible – because we didn’t want to deal with the reality of the situation. We actually had nowhere to go.”But, as things happened, that chain of events was to set PATV on an entirely new and fruitful path. Among those frantic gig bookings were a bunch of festivals in Europe, as well as dates with The Strokes, Fidlar and Palma Violets.

The band will be releasing their latest single “On Location” on January 20th via Cinematic Records. The boys will also be back on the road with Hinds this February, this time in the UK and Europe, and are headlining their own NME Presented show in London on February 25th.

“Sometimes you just gotta go with your gut instinct, even if leads to being down and out. A lot of people think they know better than you, and are gonna tell you what to do in life. This song is about being fed up with those people and doing whatever the fuck it is you wanna do anyway,” says Eatherly about the “On Location” single.