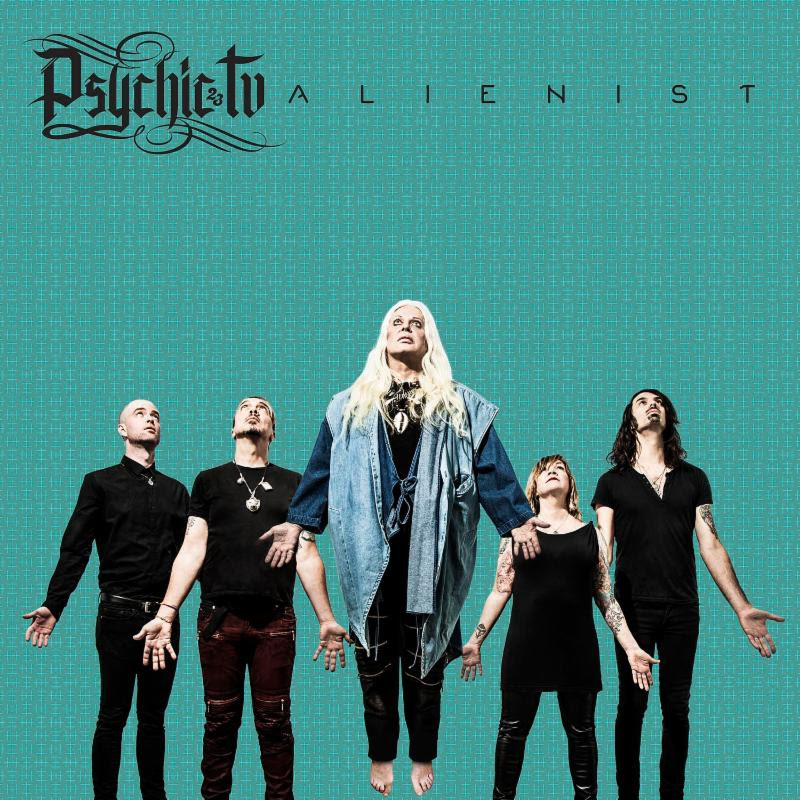 Alienist includes two original tracks: the haunting yet emotional “I’m Looking For You”; an epic, multi-layered, metaphysical exploration in the form of a conversation between Genesis and “Lucifer”, who is in hiding after his failed rebellion is over, and the title track “Alienist” which is a delightful fusion of dance grooves harking back to PTV’s Acid House days and the group’s current love of heavy psychedelic rock.

On a European tour in 2009, Genesis proposed the band perform the classic “Maggot Brain” by Funkadelic as a musical interlude. After the tour, the band went into the studio to give a try at a recorded interpretation of the song. The result was astounding and the band set forth on a series of 12″ records, yearly interpreting a rock classic and then offering a new song on the B side. Mostly chosen by drummer and co-producer Edley ODowd, songs have previously included “Silver Machine” by Hawkwind, “Mother Sky” by Can and “Dropout Boogie” by Captain Beefheart.

Alienist continues Psychic TV’s fascination of reinterpreting contemporary rock classics. This time tackling “Jump Into The Fire” by the late Harry Nilsson as well as Genesis’ teenage favorite “How Does It Feel To Feel” by ’60s British psychedelic rockers, The Creation.

Alienist is the follow-up to 2014’s highly acclaimed Snakes which in part, explored Genesis Breyer P-Orridge’s foray into African Vodoun culture, the title track of which will be used in the forthcoming documentary Bight Of The Twin, which focuses on Genesis’ explorations in Benin, Africa.

Random recycled colored vinyl LPs will be distributed in the U.S. by Forced Exposure and available digitally on all online retailers via Dais Records on September 16.

Angry Love Productions presents the official reissue of the first studio album Force The Hand Of Chance by Psychic TV – back on vinyl for the first time in over 25 years. Cut from the original masters in the WEA UK vaults, this will be a limited edition pressing of only 1000 copies. Forced Exposure will be exclusively distributing 700 standard copies while the Genesis P-Orridge webstore offers an exclusive deluxe edition of 300 available by mail order only.

Force The Hand of Chance remains one of Psychic TV’s most seminal albums boasting classic tracks such as “Just Drifting”, “Ov Power” as well as a vocal feature by Soft Cell’s Marc Almond on the haunting “Guiltless”. The reissue will be available in stores August 18.

Marc Jacobs announced Genesis Breyer P-Orridge as one of the new faces of his Fall 2016 campaign. Gen is joined by Missy Elliott, St. Vincent. Marilyn Manson, Courtney Love and others. Genesis’ exhibition Try To Altar Everything will be in NYC’s Rubin Museum through August 1. The exhibit is a selection of paintings, sculptures, and installations that explores the ways that Hindu mythology and Nepal’s Kathmandu Valley have influenced Genesis and h/er work.

Genesis Breyer P-Orridge and Psychic TV will perform a special live soundtrack to Derek Jarman’s In The Shadow of The Sun and more on Friday, July 15 at The Rubin Museum in New York City – more details available here.

Psychic TV continue to tour North America and Europe through this year. Highlights include this weekend’s Sled Island Festival, Gay Pride in San Francisco, Chicago, LA’s Berserktown Festival where they will perform Force The Hand of Chance in its entirety, an Alienist release show at Brooklyn’s Music Hall of Williamsburg, Basilica, POP Montreal and down the Northwest coast before heading back to Europe. Full list of dates below. 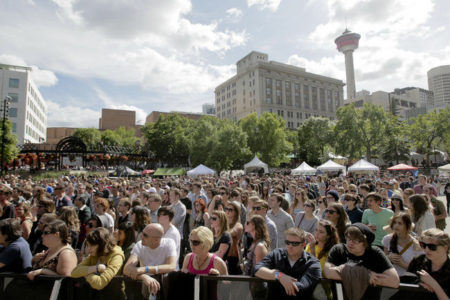