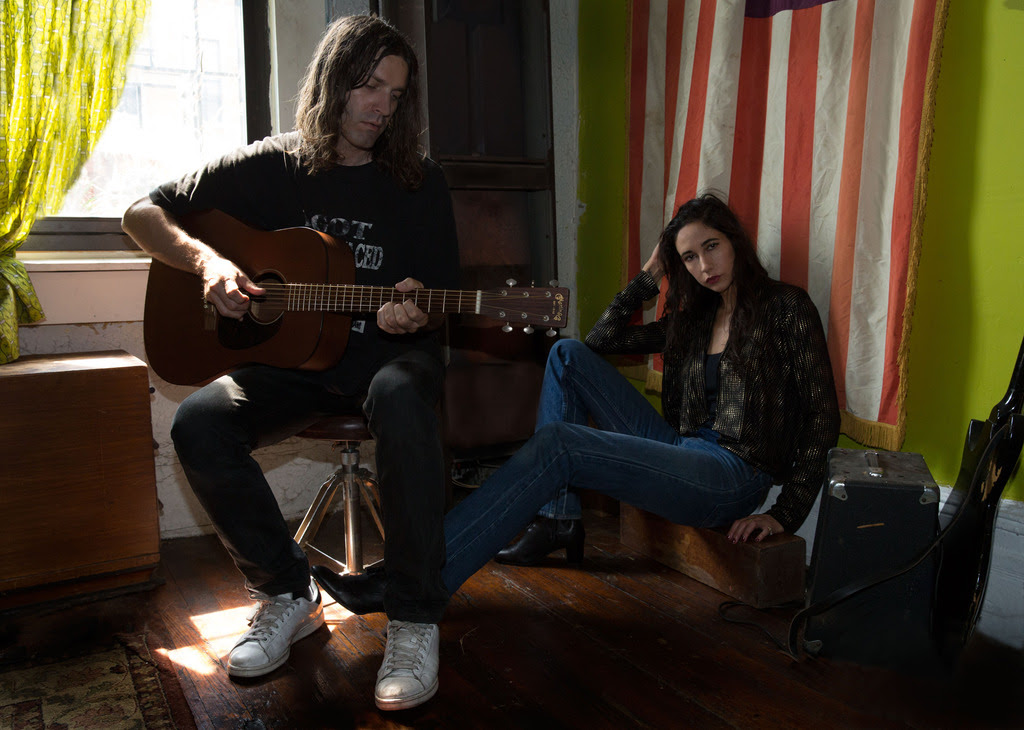 After announcing their new album Inner Journey Out Psychic Ills, their first release since 2013 and shared the first single, “I Don’t Mind,” featuring Mazzy Star’s Hope Sandoval. You can hear a new track from the album “Another Change,” below.

Inner Journey Out started out the way many Ills records have – with frontman Tres Warren’s demos. Like all of their records, Elizabeth Hart’s bass is the glue that holds everything together. Where other recent albums found Warren overdubbing himself to create a blown-out, widescreen sound, this recording handed the reigns to a multitude of guest players. A cadre of musicians and vocalists – including Mazzy Star’s Hope Sandoval, who duets on lead single “I Don’t Mind” – join in on the journey. This is also the first record to feature touring keyboard player Brent Cordero, his Farfisa and Wurlitzer work is a staple throughout. Rounding things out, is a platoon of drummers and percussionist including; Chris Millstein, Harry Druzd of Endless Boogie, Derek James of The Entrance Band, and Charles Burst, one of the record’s engineers. These musicians build the frame on which Warren lays his hazy guitar and vocals. An endless array of friends and guests join the proceedings to provide pedal steel guitar, horns, strings, and backing vocals, which culminate in a career-defining moment for the Ills.

The friends and family collaborative effort extends beyond the sound and into the design of the record with fine artists and long time Psychic Ills collaborators Jonah Freeman and Justin Lowe creating all of the art for the record.