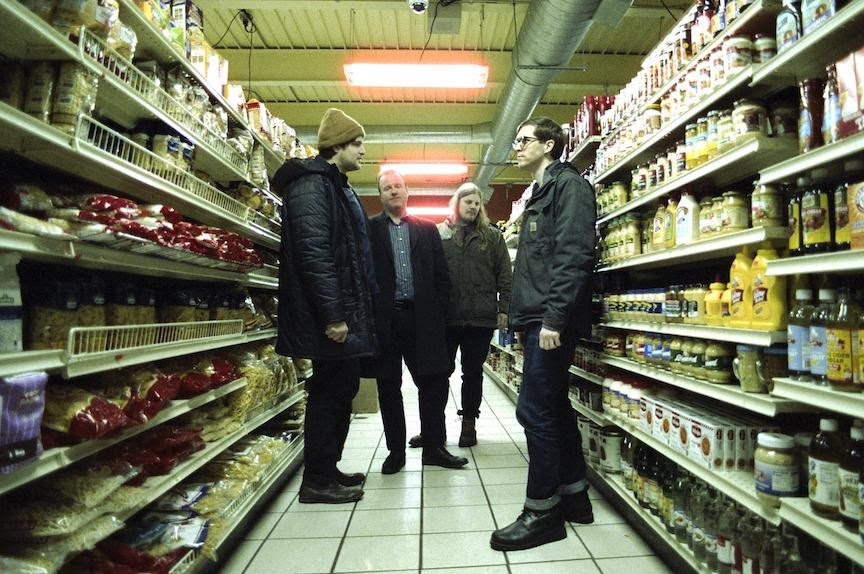 Protomartyr has released a new video for “Michigan Hammers.” The track, off of their forthcoming release Ultimate Success Today, arrives July 17th via Domino Records. The clip was directed by Yoonha Park, who was responsible for the band’s “Wheel of Fortune” and “Don’t Go To Anacita” videos, and was built entirely of found stock footage. “This video is a retelling of a well-known Michigan folk tale that describes timeless themes of greed, power, death and rebirth and nothing short of the conflict of good and evil,” says Park.

Joe Casey further explains: “Couldn’t make a ‘proper’ video due to the miasma. So why not make one using what tools remain? That’s sort of what MICHIGAN HAMMERS is about I think – building with rubble. It’s probably about that and mules, syndicates, too many parking lots, camaraderie, the ideal happy hour, failure, and takin’ what they’re givin’ ’cause we’re workin’ for a livin’ until we start takin’ it to the streets. Or something like that.”