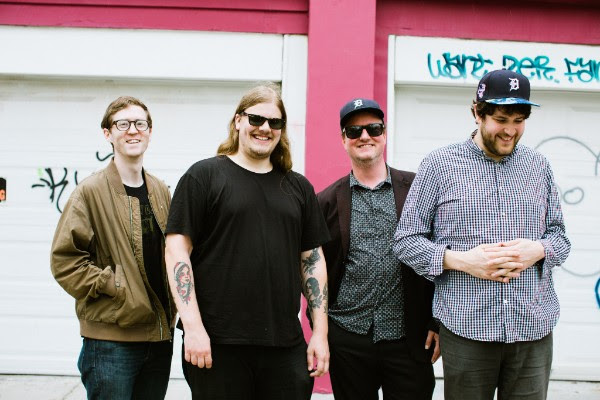 Detroit’s finest, Protomartyr have announced the upcoming release of a split 7″ with their friends and future tour-mates Preoccupations. Conceptually similar to Protomartyr’s recent split 7″ with Spray Paint, the release features each band covering the other, with Protomartyr performing their rendition of Preoccupations’ “Forbidden,” while Preoccupations give Protomartyr’s “Pontiac ’87” a reworking. You can listen to Protomartyr’s cover of “Forbidden” now, with the 7″ being released by Domino on Nov. 16th. Protomartyr’s singer Joe Casey had this to say of the band’s cover: “There’s an old adage that goes something like, ‘if you’re going to cover a song by a beloved Canadian band, it’s best to pick the second shortest one.’ So, ‘Forbidden’ it is. We all really liked the outro part and had the brilliant idea to extend it. And that, my friends, is how you make musical history.”

the two bands will join up for a co-headlining tour in late November, almost exactly one month from now and shortly after the release of the 7″. Additionally, Protomartyr have just been announced as the “special guest” for the anticipated grand reopening of Detroit’s UFO Factory, a much beloved venue that was damaged by developers one year ago.