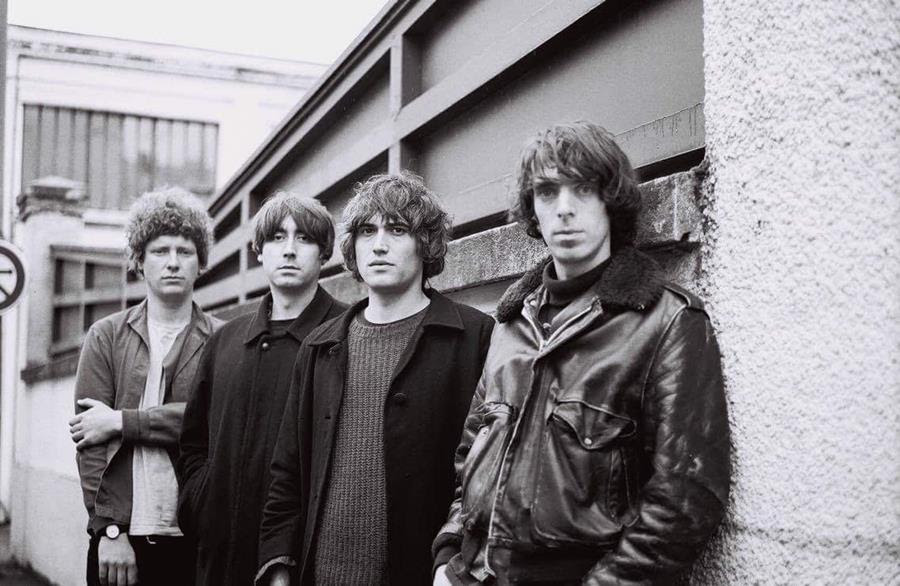 The Proper Ornaments – the project of James Hoare (Ultimate Painting, Veronica Falls) and Max Oscarnold (Toy) released their sophomore album Foxhole on January 20 via Slumberland Records (US) and Tough Love Records (ROW). This week the band shares a non-album track; a cover of The Jesus & Mary Chain’s “Deep One Perfect Morning.”

Here’s a quote from the band about how the track came together:

“We’ve been obsessed with Darklands for a long time now, we just love that record. It’s difficult to differentiate the songs, it feels like a big long pessimistic one, like existentialist Beach Boys music, where the ocean is polluted and the nice cars have been burned or stolen.”

James and Max started out writing Foxhole, the follow up to the bands 2014 released debut album Wooden Head, in January 2015. On Foxhole they’ve sliced away a whole stratum of their sound, removing some distortion and lowering the frequency of plectrum strokes to allow more nuanced, piano-led ideas to emerge. The title isn’t a reference to Television’s jaunty proto-punk record but seems to be more of a dark, protective interior, a head space sketched out on ‘Jeremy’s Song’. While their particularly recognizable production style remains, three things stand out as likely reasons for the shift in mood. By the time they got around to recording again in James’ bedroom in Finsbury Park that Summer, the instability around the recording of ‘Wooden Head’ (and the five years before) had slid into a deep and seething acrimony. Second, they both bought pianos. Third, when the band, with Daniel Nellis and Bobby Syme joining on bass and drums went to record at Tin Room in Hackney in June, the pinch wheel on the 8 track machine was broken and somehow no one noticed. All but one recording, ‘The Frozen Stare,’ was hopelessly warped, so they went and did it all again from scratch back at James’.