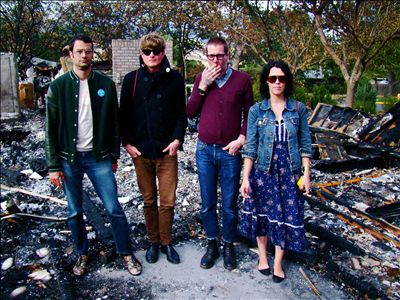 Pabst Brewing Company and Superfly have announced the night show lineup lineup for 2015’s Project Pabst. From July 17-19 the night shows will be spread across various Portland venues with a diverse range of talent including BADBADNOTGOOD w/ Ghostface Killah and Del The Funkee Homosapien, The Sonics, The Spits, Roky Erickson, Preservation Hall Jazz Band, The Coathangers, Earth, and more to be announced soon.

Project Pabst is a celebration of the city of Portland, OR, featuring a main festival and night shows comprised of music, entertainment, food and drink, will take place July 18 and 19. The same restored Zidell Yards that hosted the first year will host the festival’s two stages on its 10 acres in the heart of the South Waterfront District. Blondie, Weezer, Passion Pit, TV On The Radio, The Both (ft. Aimee Mann and Ted Leo), and Against Me! are among the many artists who will perform this year.

Fans must be over 21 to attend. One dollar from every ticket will go to help the Jeremy Wilson Foundation, dedicated to providing financial assistance in times of medical crisis and to improving the overall well-being of individual musicians and their families.

WEEZER
BLONDIE
TV ON THE RADIO
PASSION PIT
THE BUZZCOCKS
RUN THE JEWELS
THE BOTH (AIMEE MANN AND TED LEO)
AGAINST ME!
THEE OH SEES
TERRY & LOUIE
ALVVAYS
PRIORY
THE VELVET TEEN
WILD ONES
WAMPIRE
HUSTLE AND DRONE

About the Zidell Yards: Located in the heart of Portland’s South Waterfront District, the 33-acre Zidell Yards is the largest undeveloped site in the city. Barge-making still operates on one part of the former shipyard, as the fourth generation of the Zidell family transforms the site into a brand new neighborhood of homes, work spaces and dynamic public arenas on the Willamette River.