We’re at a fascinating time in music history, one where genre lines are starting to blur themselves into oblivion. It’s, in part, a product of the digital age’s constant smash of information, but even at the dawn of the 21st century there seemed to be a wide gulf between massive pop stars like NSYNC and the underground. Sure, you may have ironically bopped to “Bye Bye Bye,” but for many there was a great divide between “honest” artistry and the mainstream. These days, not so much.

For a late 2015 reminder, just check the blissfully bubble-gummy bounce surrounding the oft-experimental arrangements on Grimes’ Art Angels LP. Or how Justin Bieber’s new Purpose album has gained the former teen star cred for hob-nobbing with Bloodpop and Diplo. With this in mind, the current musical landscape seems just perfect for the absolutely twisted sounds of SOPHIE, the alter ego of UK producer Samuel Long. There’s something very self-aware and subversive about the about the pre-packaged, plastic pop music dabbled with on Product, a collection of recent singles from the artist. At times, the almost sickeningly sweet and glossy tones presented on the LP sound as if they were pulled from long-lost sessions from ’90s dance acts like Aqua or Vengaboys. Then, at a moment’s notice, the tune will go from delivering cherry lipgloss-pocked vocals and easily digestible beats into a dank and dangerous offering of skittered noise. With SOPHIE, you can have both.

As such, highlights include the damned danceable pop and lock of “BIPP” or “Lemonade,” an assemblage of post-Timbaland snaps and squeals sliding beneath SOPHIE’s candy coated, pitch shifted sass. A major highlight, “Just Like We Never Said Goodbye” is the emotional backbone of the album. While swerving house synths jubilantly jump up and down throughout the piece, the arrangement lacks the to-be-expected, triumphant one-two drum machine stomp. Instead, a nervous tension builds behind lyrics about the pluses of reconnecting with an ex. “I was shocked, what could I say, ” SOPHIE sings of a surprise call from an old friend.

While Product has both familiar and freaky leanings, “L.O.V.E.” may push things too far out into the avant garde for most people’s likings. On it, the PC Music associated-artist mind-numbingly spells out each letter of the song title over and over. As for the sonics, it presents what sounds like a pair of wheezing, on-the-fritz windshield wipers struggling to wipe away a sticky mess of honey and shattered glass.

Since SOPHIE’s first singles began popping up on the internet a few of years ago, the inventive beatsmith has been tapped to collaborate with a cross-section of artists, including pop giants like Madonna and left-of-centre experimenters like Le1f. The appeal of the producer’s talents, it would seem, is both vast and marketable.

From its on-the-nose album title, to the fact that you can buy a special edition that comes packaged with a “silicon product” that sure looks like a sex toy, to the way it intertwines conceptual beat work with friendlier electro-pop fare, Product could be seen as an exploration of commercialism. Alternately, it could just be that SOPHIE is having some extremely well-rounded fun. Like the music it delivers, the intent of Product is blurry. 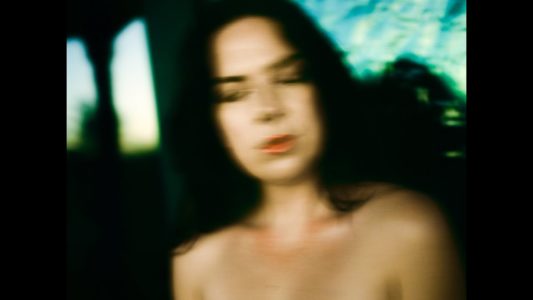 “Last Thing He Said to Me in Person” Cecile Believe