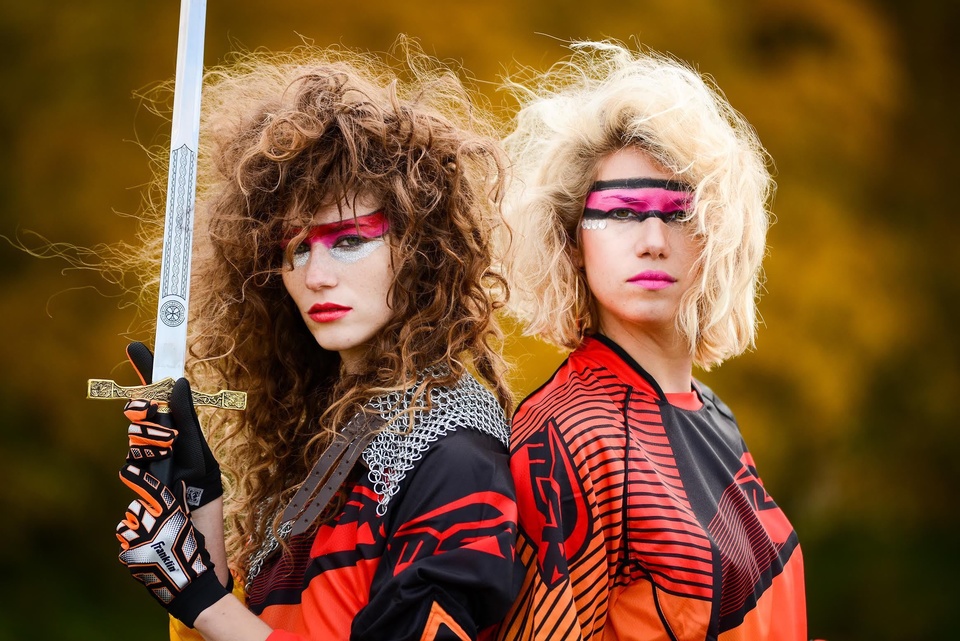 Prince Rama has released their new single “Now Is The Time Of Emotion.” The track is off their forthcoming release Xtreme Now (out March 4 on Carpark Records). Prince Rama Worked with dance producer Alex Epton of XXXChange (Gang Gang Dance, Björk, Spank Rock, Panda Bear, The Kills) on the new album.

From singer Taraka Larson: ‘”Now Is The Time of Emotion”‘ has the feel of “Smells Like Teen Spirit” meets Devo under the bleachers in the high school gymnasium, with searing electric guitars that make it feel like the entire pep rally has caught fire, rapidly exploding into the ultimate teenage sexual catharsis while alien cheerleaders continue to chime the infectious chorus hook well into the afterlife.” “Now Is The Time Of Emotion” follows Xtreme Now’s first single “Bahia”

Prince Rama has also announced a North American tour in support of Xtreme Now, kicking off with a hometown record release show at Brooklyn’s Baby’s All Right on March 4 and continuing across the country and back before wrapping up on April 15 at Ortlieb’s Lounge in Philadelphia.

Xtreme Now is the most extreme album Prince Rama has ever made. Writing for Xtreme Now began while the Larson sisters were living on a black metal utopian commune on Vȫrmsi, a remote island off the coast of Estonia during the summer of 2012. There, Taraka had a near death experience inside an ancient Viking ruin which sparked a recurring sense of time-schizophrenia, or the physical sensation of existing in multiple time periods simultaneously. In this case, she experienced a joint-existence in both the medieval ages and the year 2067. In one of her prophetic visions she describes, “In the year 2067, I witnessed an aesthetic landscape where art museums are sponsored by energy drink beverages and beauty is determined by speed. I saw a vision of ancient tapestries stretched across half-pipes and people base-jumping off planes with the Mona Lisa smiling up from their parachutes. I saw art merge with extreme sports to form a new aesthetic language of ‘Speed Art.’ I realized that time travel was possible via the gateway of extreme sports, and I wanted to make music that would provide the score.”

Perceiving a great void in the world of extreme sports for music that could match the metaphysical intensity of these death-defying feats, Prince Rama set forth to make Xtreme Now, the first real foray by any musician to create a new “extreme sports genre.”