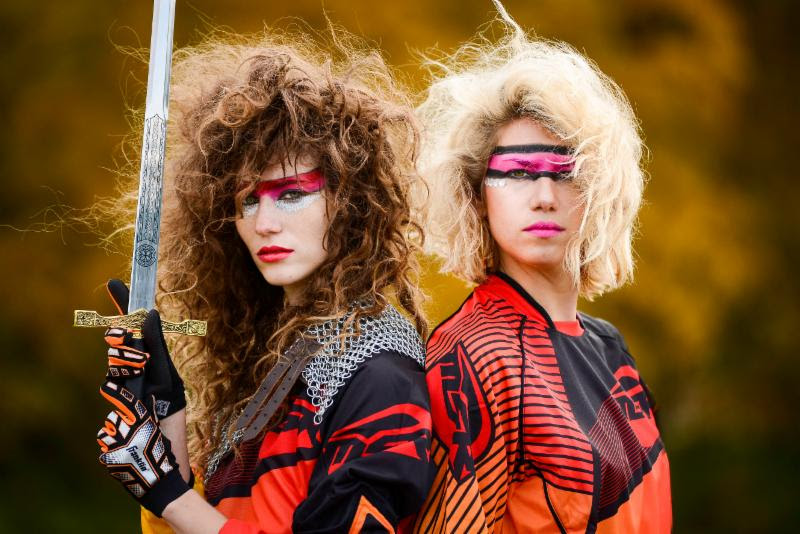 Brooklyn psych-dance duo of sisters Taraka and Niami Larson, AKA Prince Rama are happy to announce their forthcoming new record Xtreme Now, due out March 4 on new label home Carpark Records. Xtreme Now is an album themed around extreme sports; its adrenaline-high songs reflect what it’s like to dance on the edge of mortality. Working with acclaimed dance producer Alex Epton of XXXChange (Gang Gang Dance, Björk, Spank Rock, Panda Bear, The Kills), the new songs take on a more powerful, and accessible dance-club feeling than any other Prince Rama record – a fearless, visionary pop tour de force for the ghost-modern era that celebrates the ephemerality of life, dancing just at the edge of death’s gilded smile.

“Bahia” kick-starts the album with an ominously saccharine invitation to enter into a lost italo-disco Edenic paradise performed by a pseudo-duet between male and female robot-nymphs (both secretly sung by me).” – Taraka Larson