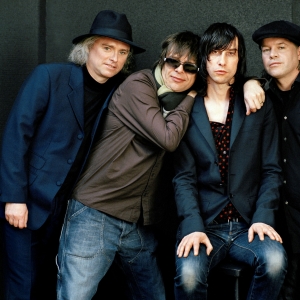 After a run of West Coast tour dates this fall and the release of More Light earlier this year, Primal Scream have announced a North American tour in April and May of 2014, including a headlining set at Austin Psych Fest.

The band also recently released a video from More Light for “Goodbye Johnny” featuring Bobby Gillespie lookalikes and drag queens in the directorial debut from Alister Mackie – a  celebration of their record More Light.

Released this spring on the band’s own First International label through Ignition Records, More Light is Primal Scream’s first LP in five years and written by Bobby Gillespie and Andrew Innes with production by David Holmes. Guest appearances come from Robert Plant, Kevin Shields, The Pop Group’s Mark Stewart and Jason Faulkner, and is a vibrant, unforgettable record from Primal Scream.

10. Turn Each Other Inside Out

12. Walking With the Beast