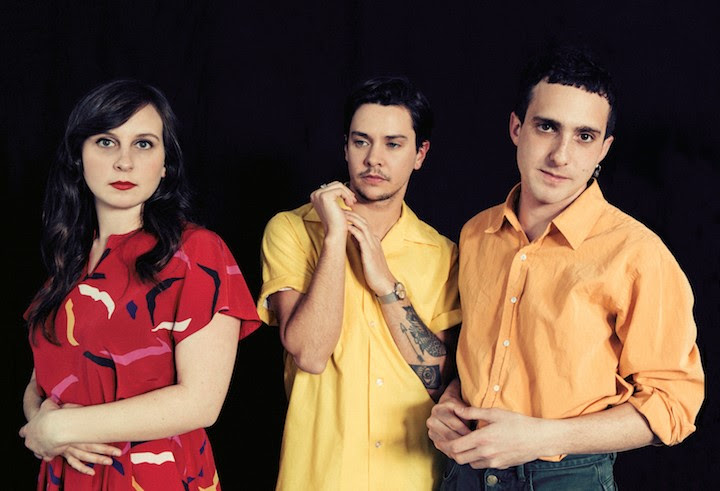 Flasher, recently announce their debut album, Constant Image, the full-length will be released June 8th via Domino Recording Co. Along with the announcement The band have shared the single “Pressure.” Recorded in 2017 at Rare Book Room in Brooklyn, NY, Constant Image was produced by Nicolas Vernhes (Animal Collective, Deerhunter, War On Drugs) and crackles with invention. This isn’t the sound of a band finding their feet, it’s the rare sound of three people – Taylor Mulitz on guitar, bassist Daniel Saperstein and drummer Emma Baker – who know exactly what they want to achieve from the start.

Says the band on “Pressure” on song and video:

“Pressure” is a song that treads the line between queer delight and delirium, and crushing isolation and survival. The video for “Pressure”, made in collaboration with Weird Life films and featuring designer and Chicago based artist An Authentic Skidmark, is a compliment to the paradox of the song itself and an invitation to that world in between.”