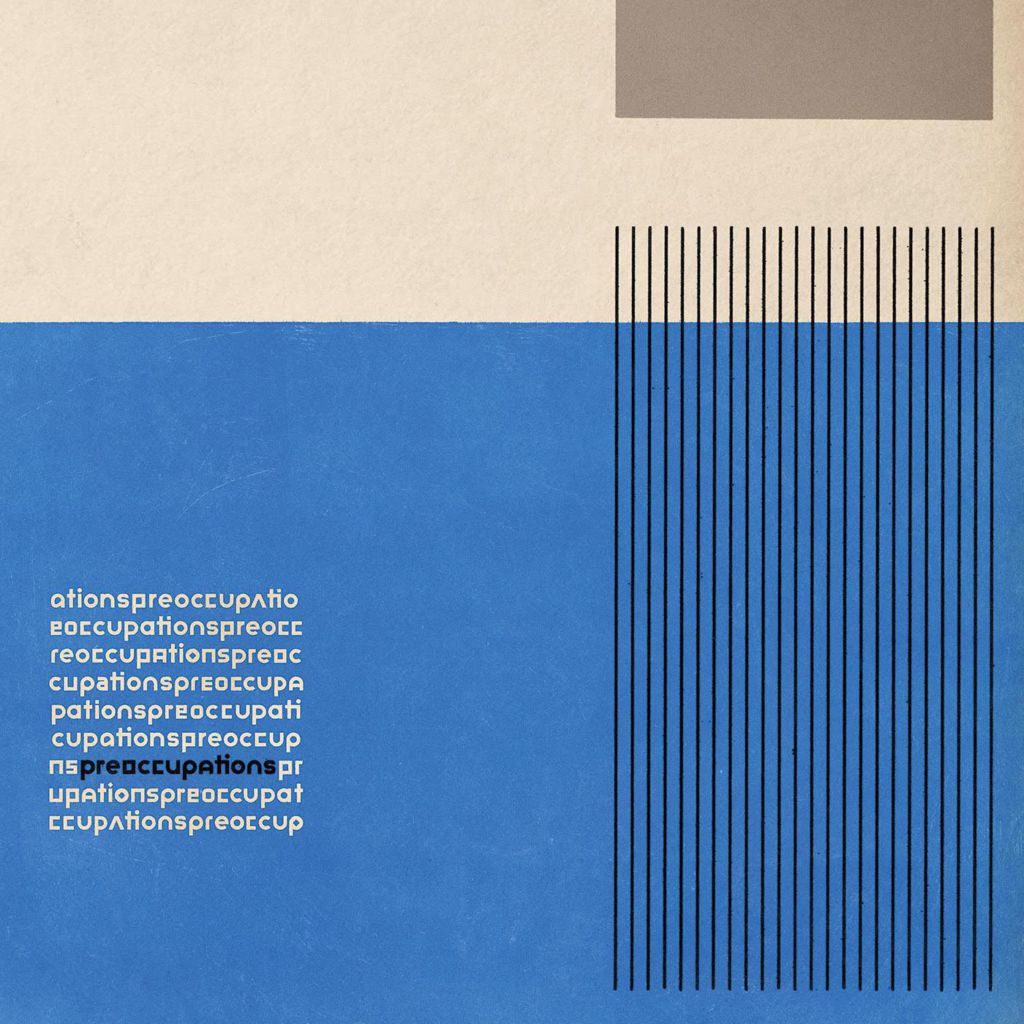 The band formerly known as Viet Cong return for their sophomore album as Preoccupations, a name that accurately reflects the intricate malaise of their music much more appropriately than their former moniker did. Along with the change of name has come a subtle evolution in sound that maintains the bleaker aspects of their debut while presenting them in a more restrained and melancholy fashion. So, while the tension that is a hallmark of their music is still at play, on Preoccupations the band sound quietly despondent in contrast to the urgent desperation that marked their debut.

Singer and lyricist Matt Flegel certainly makes analysis of the band’s music simpler by providing song titles that defy misinterpretation; each of the nine songs has been given a one-word title, most of which describe some state of mental anguish or discomfort. From opener “Anxiety” through to closer “Fever” we also get “Monotony”, “Forbidden” and “Degraded”. “Zodiac” is suggestive of another of the album’s tones- a science fiction inspired mysticism that haunts the John Carpenter-esque synths and mechanical rhythms of these songs.

And while the atmosphere of detached dejection calls to mind eighties sci-fi and horror soundtracks, it also recalls the late seventies work of David Bowie and Brian Eno. Flegel’s imperious croon on “Monotony” carries inflections of the Thin White Duke’s iciest side, while the glassy synths and guitarmonies on “Fever” are reminiscent of Eno’s collaborations with King Crimson guitarist Robert Fripp. “You’re not scared” Flegel commands elegantly throughout the latter track, and again his Bowie-isms serve to enhance the state of dissociation that the song evokes.

Just as “Death” served as the defining epic from the band’s debut, “Memory” is the all- encompassing eleven minute anthem from Preoccupations. Starting out as a crystalline mid-tempo robot ballad that describes a surreal set of circumstances in which Flegel tells the addressee of the song that “You don’t have to say sorry for all the things that you failed to do/ You don’t need to say sorry for all the times that everything fell through”, the song goes through a skittering transformation after its first third. At this point it becomes a cold-wave Cure or New Order style swooner with vocals handled by Wolf Parade and Operators singer Dan Boeckner. The effect is a sort of futuristic reinterpretation of Lou Reed’s “Street Hassle” song structure. The song ends with ambient drones, and these three sections serve as a blueprint for what Preoccupations has to offer.

The strengths of Preoccupation’s debut album are all here: interesting twists and turns that keep the listener guessing, bleak gazes through a modern miasma of depression and ennui, and a unique and solid musical vision to bring out these melancholy emotions in a calculated and thoughtful form. While the album may lack some of the bluster and heated guitar heroics of their previous work, Preoccupations shows that the band is capable of evolution and restraint that rewards repeated listens. And, with a new name that enhances the unity of the experience rather than distracting with its connotations, it is much easier to sit back and absorb the arch unease that the band has to offer.