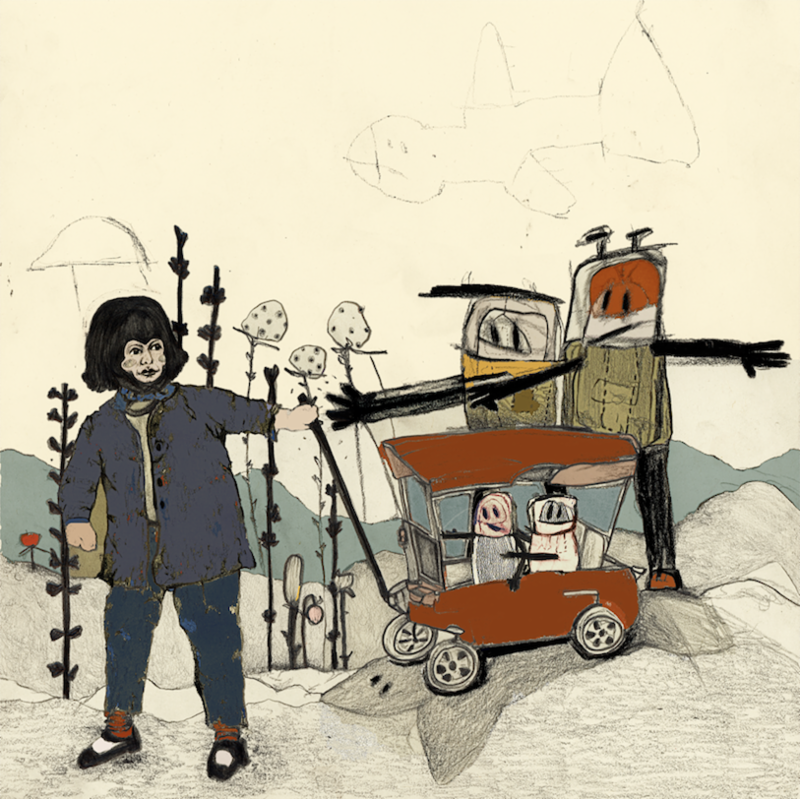 Taking their second swing at the full LP, Girlpool are firing on all cylinders on this record. The L.A. duo don’t make an immediately inviting record but that’s not the point. On a record that’s as refreshingly new as it is familiar it manages to do so much well and push the envelope sonically and compositionally, for something that will reward listeners willing to give it repeat listens before they’re even hooked.

The dissonant glow of “123” has a desperate sadness to it as it clangs along. As its drum rolls right in however it booms with a more raucous energy, turning to more energetic yells and powerful guitars for a more triumphant finale. “Sleepless” carries a darker overtone to its mood, giving a low hiss of guitar to match its underlying dismay. Pushing along the distorted side comes out more and more for a charred finale.

The delightful bounce of “Corner Store” has such a fun indie joy to it that it’s hard not to get caught up in the simple bliss. The song’s absolutely warped breakdown comes out of nowhere showing a more twisted side to the band. Once again taking the melancholy route, “Your Heart” carries a broken emotion to its heavy flare along. Moving somewhat awkwardly the drums serve as an extension to the guitar, moving with its melodies rather than a beast of its own. “Kiss and Burn” moves on a more driving beat, sweeping in catchy vocal melodies with an effortless feeling, as per the band’s extremely organic overall feeling.

With an almost heartbeat-like beat “Fast Dust” goes for a slow-burning swing, with drums and guitars so lethargic they lull you into a trance, deceiving ears into thinking it’s building towards another section. “Powerplant” rolls with a quirky bass line that feeds into the more sombre happiness the song pushes, feeling excited and worried at the same time, even in its delicious riff breaks. The unorthodox movements of “High Rise” are too disorienting at times, especially with its less melodically focused composition making for something distinctly more obtuse and meddling.

“Soup” is a powerful and meaty dive of a track, with emotionally enriched chords and melodies entwining with the vocals for an engulfing melodic hit. Going from soft to rough like an explosion, they flip the switch on the songs weight. Continuing this hard-hitting tick is “She Goes By” as they pull the drums in and out of the melodies for interesting dynamics. The immediate and frantic energy of the song is unnervingly powerful and makes for a feeling that’s hard to shake.

The constantly building moments of “It Gets More Blue” create a driving atmosphere in the track, that pulls you in more as the duo’s addictive sense of melody entices you to sing along. By the time the chorus actually arrives the amount of melodic hooks thrown around already has you in their palm. “Static Somewhere” thumps with a burning chug that has an almost sick tone to it all and always feels waiting to break. As they finally release the pressure in a crash of distortion and twang it’s so satisfying that it’s a wonder they can have such control.

Powerplant is one of those albums that finds a band that knows exactly what their voice and what their sound is, and more than anything only suffers from not being as immediately grabbing as its strong and brave writing deserves. This record will require some repeat listens to really get past an inherently sparse use of pop that may be off-putting at first, but becomes a dynamic tool the more you listen. Not immediately obvious and if anything in need of some track rearranging to hold onto new fans this is one for patient ears.