“Postcard To Celeste” The Electric Arch 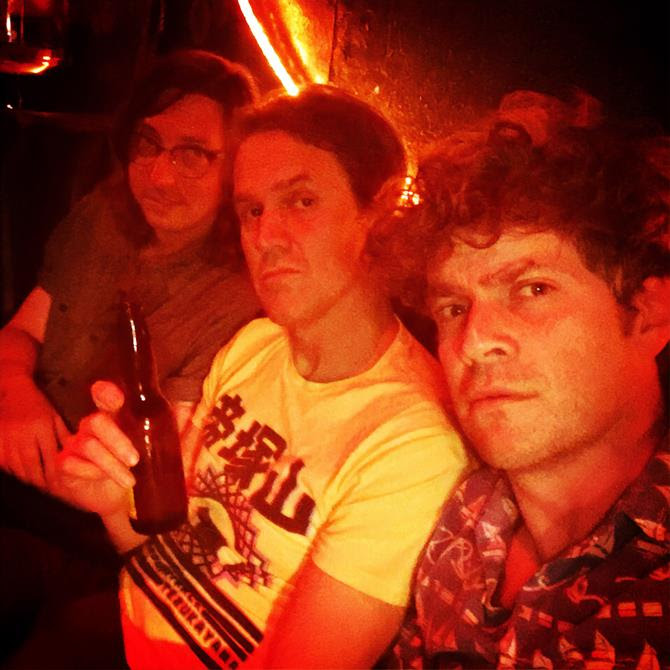 The Electric Arch is based out of Chateau St. Philippe in Bayou St. John, New Orleans. The live version of the band includes James Marler, T-Rey Cloutier and Sir Alex Smudge Smith. Drummer and surf guru Ron Bocian plays with the band on the West Coast while Mr. Binkles the Spider Monkey covers Deep South gigs. The band recently released their new single “Postcard to Celeste.” The Electric Arch’s upcoming album Out of Range is due out on October 25th.

The 11 songs on Out of Range are short films about disconnection and disentanglement (éloignement et liberté), shot up close or from a distance. Inspired by 60’s French pop, surf music, garage rock, and the wobbly sounds of troubling times, Out of Range goes high, low, and far away…

Out of Range features Marler’s compositions, translated, recorded, and produced by vaping enthusiast Matthew Cloutier. Recording sessions took place in the attic of a 1908 double shotgun mansion, with the humble sounds of the past captured through classic gear from the 1960’s and 70’s. These sessions, fueled by fish sticks, beans, beer, and tequila, typically began in the late afternoon and ended just before sunrise. Various friends would drop in to offer philosophical insights around the “cocktail plank”. All sessions were attended by a Hungarian scent hound and a cat of unknown origin.

“Crisps & Crackers” speaks of depression and the universal consolation of comfort food. “Postcard to Celeste” stars a lush artist appealing to his estranged lover to join him in his seaside redoubt. The figure in “Las Ramblas” struts through an urban promenade of feminine beauty, drawn ever forward toward “the little death.” A romantic wanderer dives deep inside a vintage travel poster in “Granada.” “Porcelain Hole” enters the dark forest of a nativist cult, shield in one hand, sword in the other. “Saturday Night into Sunday Morning” celebrates the temporary escape of late night bars and after hours culture. In “Moving to the Islands,” the cynical and affluent flee the mainland in the face of impending disaster. The early morning haiku of “Lullaby (for Donostia)” savors the calm before the world wakes up. Modern war machines pulverize classical architecture in “Lost City.” An adolescent musician aches for his popular ex- girlfriend in “Can’t Stand It.” Finally, “Western Civ” launches a new backwards dance craze.