A Post-Show Chat with Viet Cong 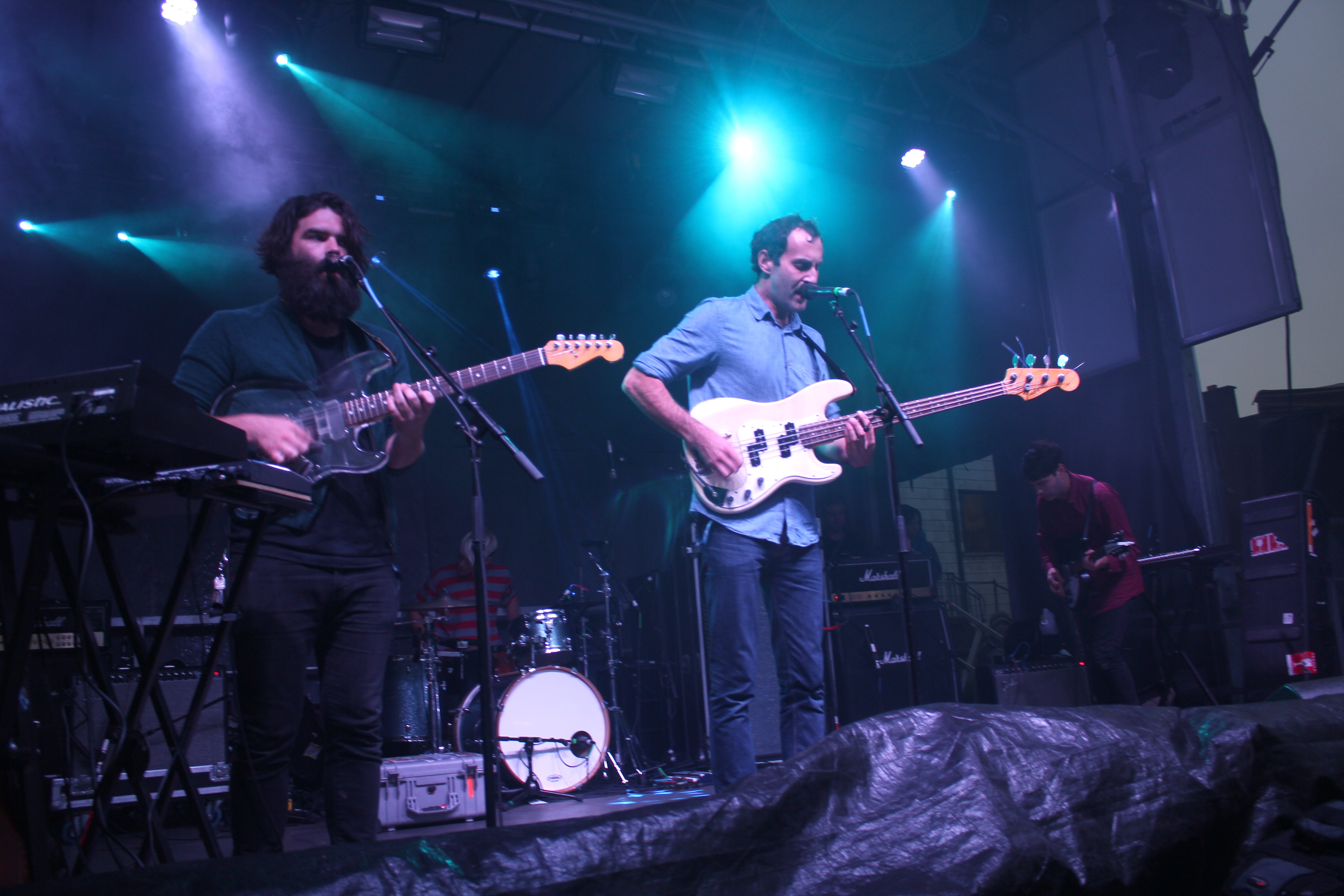 While covering the 2015 SuperCrawl Event, writer and photographer Graham Caldwell was able to catch Viet Cong guitarist Dan Christiansen for a quick talk following the show. These are his words:

Being a huge fan of Women in high school, the fact that Viet Cong even existed was awesome news for me. A band with a truly unique sound, they capture an a dark and mysterious aesthetic that takes the listener through God-knows-where with who-knows-what. They’re both fun and incredibly interesting. Music that can be analyzed over and over while you’re banging your head to it.

Their Supercrawl set managed to be placed right when the rainy weather was at its worst, but the wet pavement beneath the crowd’s feet seemed to be perfect place for Viet Cong’s sharp guitars and thundering drums. Despite their set being cut a couple minutes short because of the rain, it was still one of the major highlights of the festival.

I ran into guitarist Dan Christiansen (the one in the red shirt) after the show.

You guys have a lot of post apocalyptic imagery in your music, and even in your videos, I love the video for “Bunker Buster”, did you collaborate or was that just the work of the director?

This guy that did the “Continental Shelf” video, as far as I know he did the “Bunker Buster” video, to be completely honest I haven’t even seen it. Is it good?

When did it come out?

It’s funny, we really don’t want anything to do with that. If we see them we see them, it’s not really that important.

Speaking of the post apocalyptic, what did you think of the new Mad Max?

I loved it actually! I’ve seen it twice, I will say this: I saw it with Michael in London and it was fuckin’ awesome. It blew my mind. We missed the first scene, but we caught the rest of it. The second time we saw it we were all really drunk. We were on some ferry in Germany, for some reason it looked like shit and the boat was rocking up and down, and it was projected on this really shitty projector and it looked really bad, I didn’t enjoy it the second time. I loved that guitar guy that they had!

I’m a big Tank Girl fan, is there a post apocalyptic piece of literature or movie that’s the shit in your opinion?

I really liked The Road, the novel is one of the saddest things I ever read.

Oh, I just listened to the audiobook.

Oh! I read the novel, then I listened to the audiobook. It’s really sad. When they stumble across this site when people were like, cooking a baby? Do you remember that? I saw [the movie] with my girlfriend at the time. Not a good movie to go on a date to, seriously bummed me out.

Thanks for your time dude!