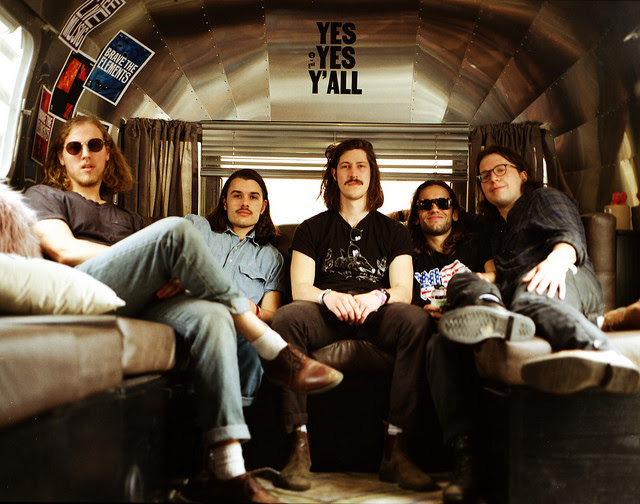 Post Animal recently announced their full-length When I Think Of You In A Castle, today the Chicago band have shared the album’s second single and video “Gelatin Mode”. The song shifts from a lighthearted experience in dueling lead guitars to a face-melting dose of sludge with ease, and the hilarious video co-directed by the band and Alec Basse perfectly complements it. Watch “Gelatin Mode” via Noisey HERE.

“For this video, we wanted to test our physical limits, gunning for stunts no one has ever attempted before. We had no guidelines, no restrictions, just our minds, our bodies, and a camera,” Post Animal explain to Noisey. “We have done away with ourselves. The nights grow short and the days linger. Prepare to abandon reason and have some fun as you venture into… gelatin mode”

In the summer of 2016, the band retreated to a lake house in Watervliet, Michigan to record When I Think Of You In A Castle. For a week and a half, they tracked the LP and finished the album at their house in Chicago, with Allison perfecting the mix over the next year; even while on their 48-city summer tour in their beloved van (RIP Shannon). The finished album, which was mastered by Jake’s brother, Jared Hirshland, is a truly collaborative continuation on the band’s kaleidoscopic and sprawling early beginnings.
But most importantly, When I Think Of You In A Castle is a testament to not only the brotherly connection that these friends share, but also to the power of collaboration between like-minded musicians who just get one another. “Before we recorded it, it was an uncertain time for us as a band, but we all just had a magical time at this lake house in the middle of summer,” explains Toledo. Almost impossible to describe, the Post Animal bond is best observed while foolin’ at the merch table after a sweaty show. They look forward to seeing you there and, naturally, becoming your new best friends. 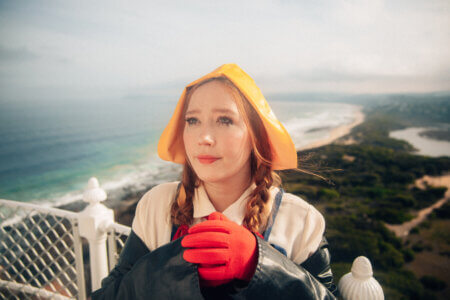