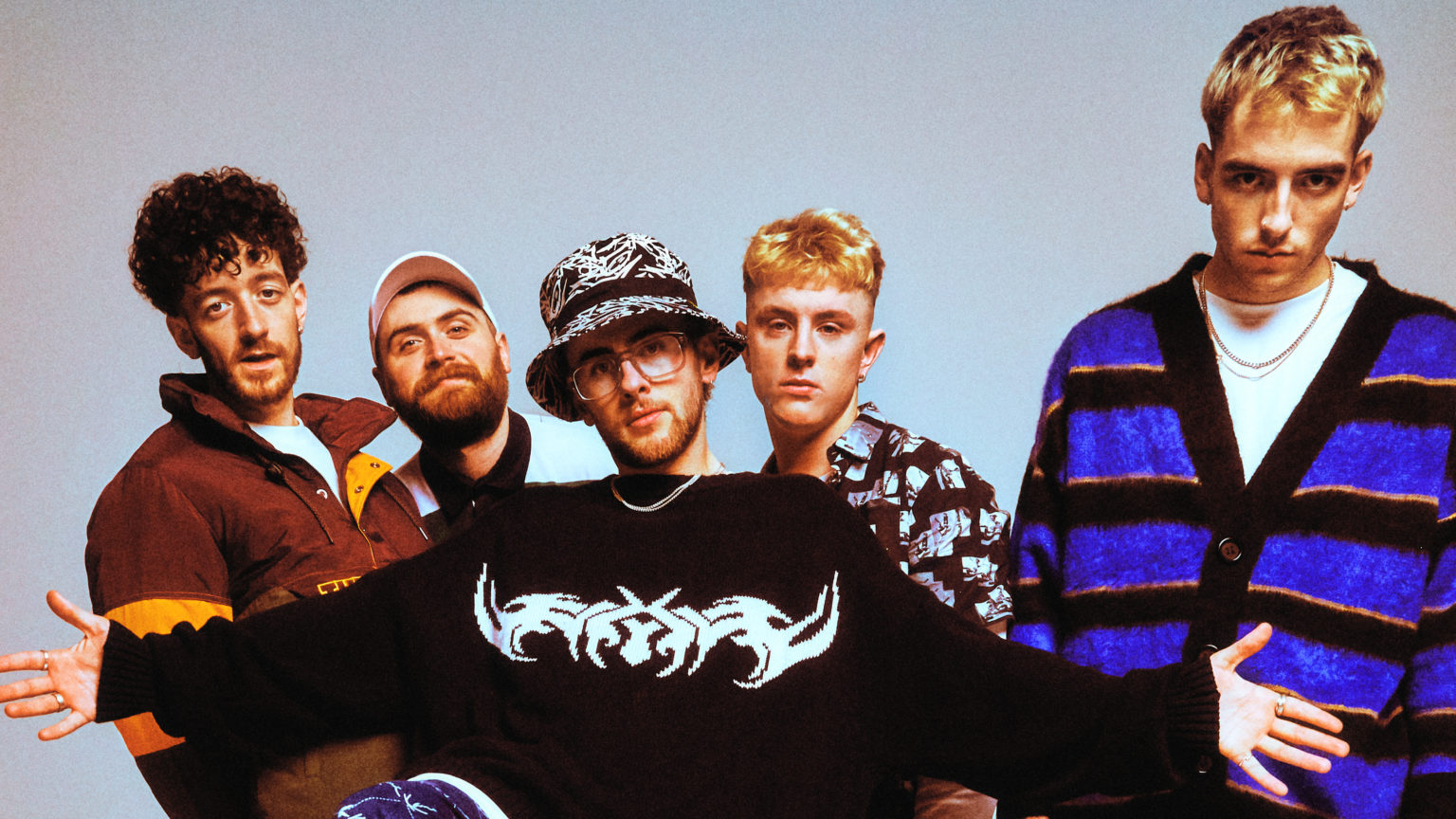 Easy Life, has released a new 2-track single, “who gives a f**k?”, available via Interscope Records in North America. Included are a brand new track, “Pop Tarts.” “who gives a f**k?” is the follow up to the band’s latest release, ‘see you later maybe never (demos)’ which featured two brand new songs created during (and for) lockdown – with DIY live visuals to accompany – ‘peanut butter’ and ‘petty crime’. All this follows an incredible start to Easy Life’s unpredictable 2020: their debut mixtape, “Junk Food.” The band’s postponed date at London’s Roundhouse sold out months upfront, with Easy Life’s headline tour and festival run currently being re-routed for 2021.

Easy Life under lockdown remains an optimistic and affecting prospect. Whether protesting in their local Leicester neighbourhood, Zooming with fans, connecting over Animal Crossing, or continuing work on their hugely-anticipated debut album, the boys have kept creative with two new demos recorded during and for isolation (‘see you later maybe never’). The band’s front-man, Murray, also appears to be stepping into his budding pop-star status. With the group having been invited to play for the Global Citizen/World Health Organisation – where they performed a socially-distanced duet with Arlo Parks on ‘Sangria’ – Murray has also lent his voice to the UK music industry’s #Letthemusicplay campaign as well as guesting on a Radio 4 discussion on the music industry’s carbon footprint (harking back to his environmentalist roots growing up on a farm).

Easy Life are now putting the finishing touches on their debut album, with collaborators thus far including producers Bekon (Kendrick Lamar) and the GRAMMY® Award-winning FINNEAS (Billie Eilish’s brother and producer). A group formed – right down to the name itself – as an antidote to the hardships of the present day, Easy Life increasingly look like the UK’s most essential modern band.