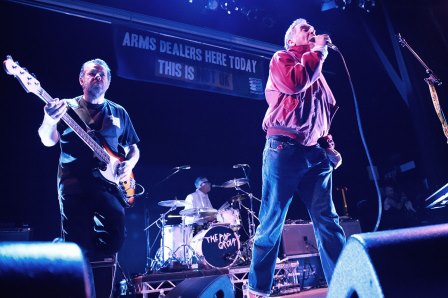 The Pop Group and Sleaford Mods release a split 7″ on Monday June 18th through Freaks R Us. The single features “Face To Faces” a raw alternate version of a track featured on the forthcoming Sleaford Mods new album,and Nations, a track taken from Citizen Zombie, The Pop Group’s first new studio album in some 35 years.

The Pop Group have just returned from the first leg of their world tour which took in Japan, New Zealand, Australia and North America. The band will soon resume its tour with dates in the UK ahead of European gigs.

The list of The Pop Group’s UK shows is as follows:
MAY

Sleaford Mods also have a run of UK dates starting in May. Their dates are as follows: