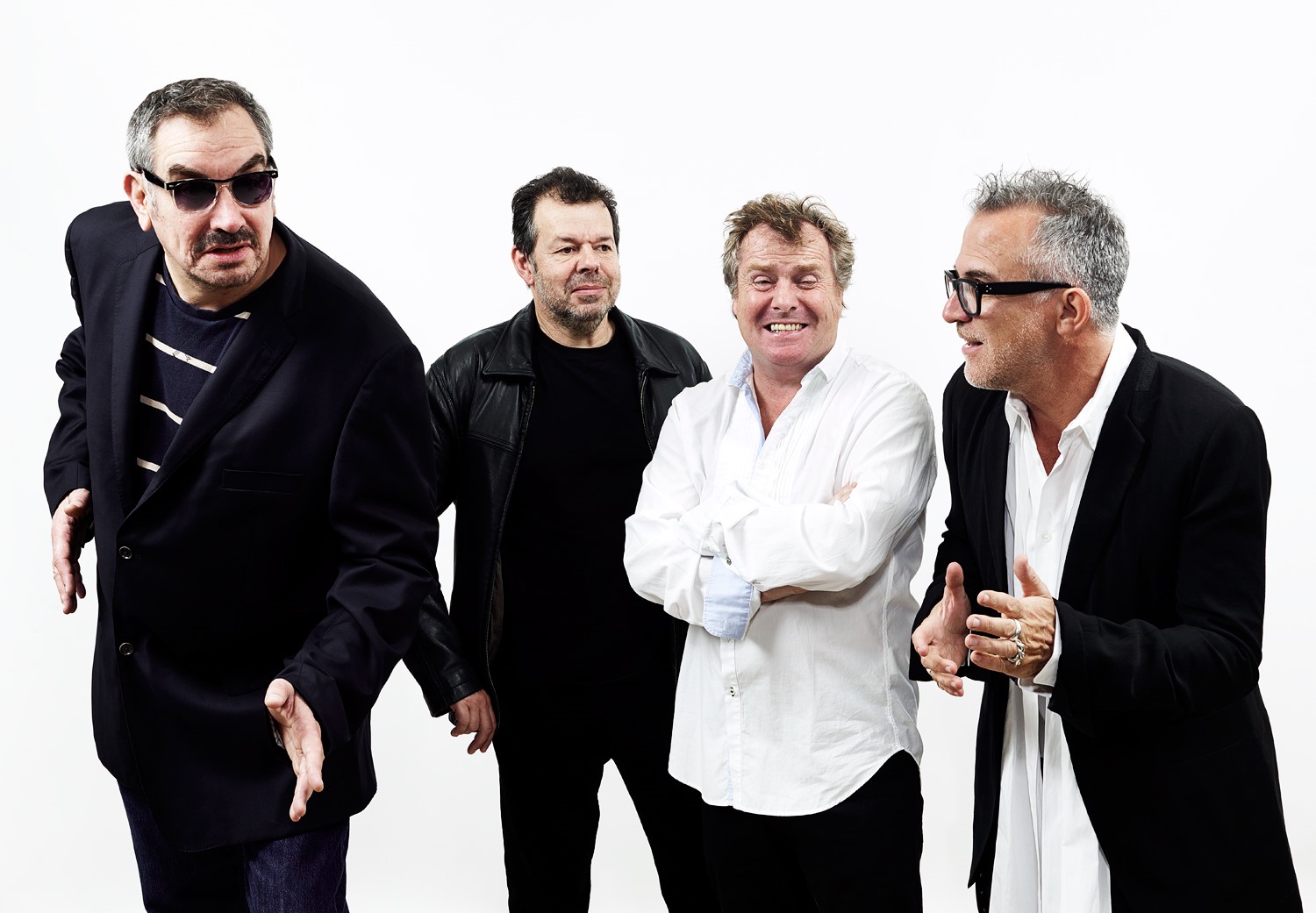 Post-punk band The Pop Group will be performing an exclusive noise set at Dismaland, the “bemusement park” created by notorious art-provocateur, Banksy and friends on Friday September 18 at 10:45PM. The Pop Group are part of a musical line-up that includes Sleaford Mods, Savages, and DJ set by Geoff Barrow and Fat Paul.

Erected surreptitiously in the deshabille British seaside resort of Weston-super-Mare, Dismaland became an immediate, worldwide media sensation described by the New York Times as “a satirical take on a theme park, and features work by about 60 artists – including Banksy, Damien Hirst and Jenny Holzer.”

The Pop Group released their first new studio album in 35 years, Citizen Zombie, earlier this year, produced by the much-acclaimed Paul Epworth (Lorde, FKA Twigs, Adele, etc.), a long-time fan of The Pop Group and features original members Mark Stewart (lyrics / vocals), Dan Catsis (bass), Gareth Sager (guitar) and Bruce Smith (drums). The release of the album was celebrated by The Pop Group’s first ever proper North American tour as part of a wider worldwide schedule which included Glastonbury Festival, and will go on to include Iceland Airwaves later this year.

The Pop Group formed in Bristol in 1977 out of a sense of disenchantment with the increasing conservatism of punk. Drawing on an eclectic range of influences from free jazz, conscious funk, heavyweight dub to avant-garde experimentalism, alongside contemporaries like Public Image Limited, This Heat and Throbbing Gristle, their politically-charged and socially conscious lyrics boasted intellectual influences including Wilhelm Reich, situationism, French romanticism and the beat poets.

In March of 1979 they debuted on Radar Records with single ‘She Is Beyond Good And Evil’. First album Y, produced by reggae titan Dennis Bovell, followed that April and was instantly hailed as a classic. Within 12 months they had set up their own Y label through Rough Trade and issued single ‘We Are All Prostitutes’, followed by their second album in March 1980. Drawing on a wide spectrum of influences ranging from Ornette Coleman, King Tubby and Funkadelic, to Debussy, Jacques Brel and Steve Reich, For How Much Longer Do We Tolerate Mass Murder? proved to be their final studio album, but the band did go on to share a 45 with the Slits, contributing the future-funk of ‘Where There’s A Will’.

The Pop Group released the archival We Are Time as a final statement before they imploded in 1980. Band members went on to other musical ventures including Rip, Rig & Panic and PiL, with Stewart pursuing both solo and collaborative projects.