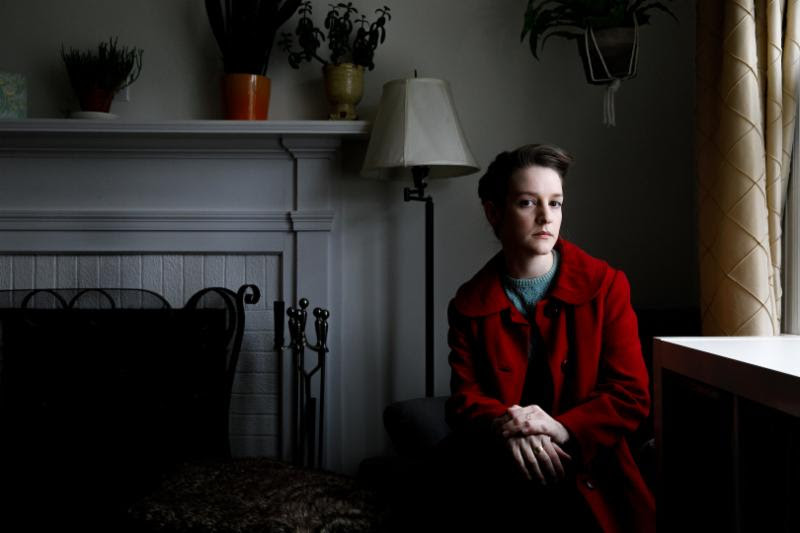 Singer/songwriter Juliana Daugherty recently shared the lead-track, “Player” from her debut album Light. The full-length was captured in Virginia’s countryside by producer Colin Killalea who is known for his work with Albert Hammond Jr and Natalie Prass.

Daugherty explains that when writing “Player” she “was thinking about the experience of watching someone close to you disappear down a rabbit hole-falling deeper and deeper into some state of chaos that’s out of their control and yours. The song isn’t so much about a particular person as it is about the particular combination of feelings that I associate with this experience: the hurt of abandonment and the feeling of personal failure-failure to understand, failure to help-that contradicts that hurt, and compounds it.”

It’s hard to imagine that Daugherty’s softness and subtlety could materialize amid the tumult of current-day Charlottesville, VA, but every mode of being continues there, as it does elsewhere, despite the impressions headlines might give. Political outrage seems to inhabit every mental space in modernity implying that the most important problems are the most visible. Societal ills being what they are, private struggles still exist – ‘Light’ gives them palatable, manageable, and satisfying form.

“I wrote this record partly to strip mental illness of its power,” Daugherty says. Though this statement seems contrary to the romantic tone of ‘Light’, it’s refreshing to hear an artist speak of their own depression with objectivity, unwilling to be charmed by the gloom. Daugherty wields her songcraft like a sword, not a diary to be buried in a drawer.

Initially walking in the footsteps of her trumpeter and violist father and mother, Daugherty grew up playing multiple instruments, even attending a conservatory before stepping away from classical music entirely. She went on to acquire an MFA in poetry– a fact not lost on ‘Light’. In many ways, poetry seems to be another musical instrument on the record, deepening the mood instead of merely floating atop it.