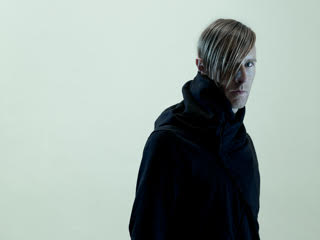 PLASTIKMAN has announced details of a new EP, EX Club Mixes, out digitally on 26 January, with a 12” release following on 30 March 2015.

EX Club EP follows the release of EX, Plastikman’s first album since 2003’s Closer, and sees tracks from EX remixed by some of the most distinguished producers out there. ‘EXhale’ is reworked by Berlin based producer Dixon takes on ‘EXplore’, Tale Of Us aka Karm & Matteo Milleri, who remix ‘EXpand’ and  Dubfire remixes ‘EXposed’. Dixon, while German producer and DJ Recondite remixes ‘EXposed’.

Both Dixon and Recondite’s remixes premiered at Richie Hawtin’s ENTER. in Ibiza. Listen for yourself to Dixon’s remix of ‘EXposed’ below.

Richie Hawtin is many things –  DJ, creator of the ENTER. experience, mastermind behind the M_NUS label, technological innovator, art aficionado – in 2011 he collaborated with British sculptor Anish Kapoor for an installation in Paris. Before this, though, and perhaps most famously of all, he was and is Plastikman, an electronic musician whose followers are legion and fanatic.

Between 1993 and 2003, Plastikman created an extensive body of work, one that didn’t so much define a time and place as explode them, expanding the dimensions of Detroit techno and redefining the possibilities of electronic dance music. Across six albums (Sheet One, Musik, Recycled Plastik, Consumed, Artifakts (B.C.), and Closer) and numerous singles such as ‘Spastik’, ‘Plastique’, and ‘Sickness’, Plastikman evolved into one of contemporary electronic music’s most distinctive voices: minimalist, psychedelic, seriously groove-laden, and ever mindful of the transcendent properties of electronica.

Since the initial performance of latest album EX at the Guggenheim Museum, NY, in 2013 at the invitation of Raf Simons of Dior, Plastikman then went on to present the show at Sónar festival in Barcelona in the summer of 2014 and releases EX Club Mixes on 26 January (digital) / 30 March 2015 (vinyl).