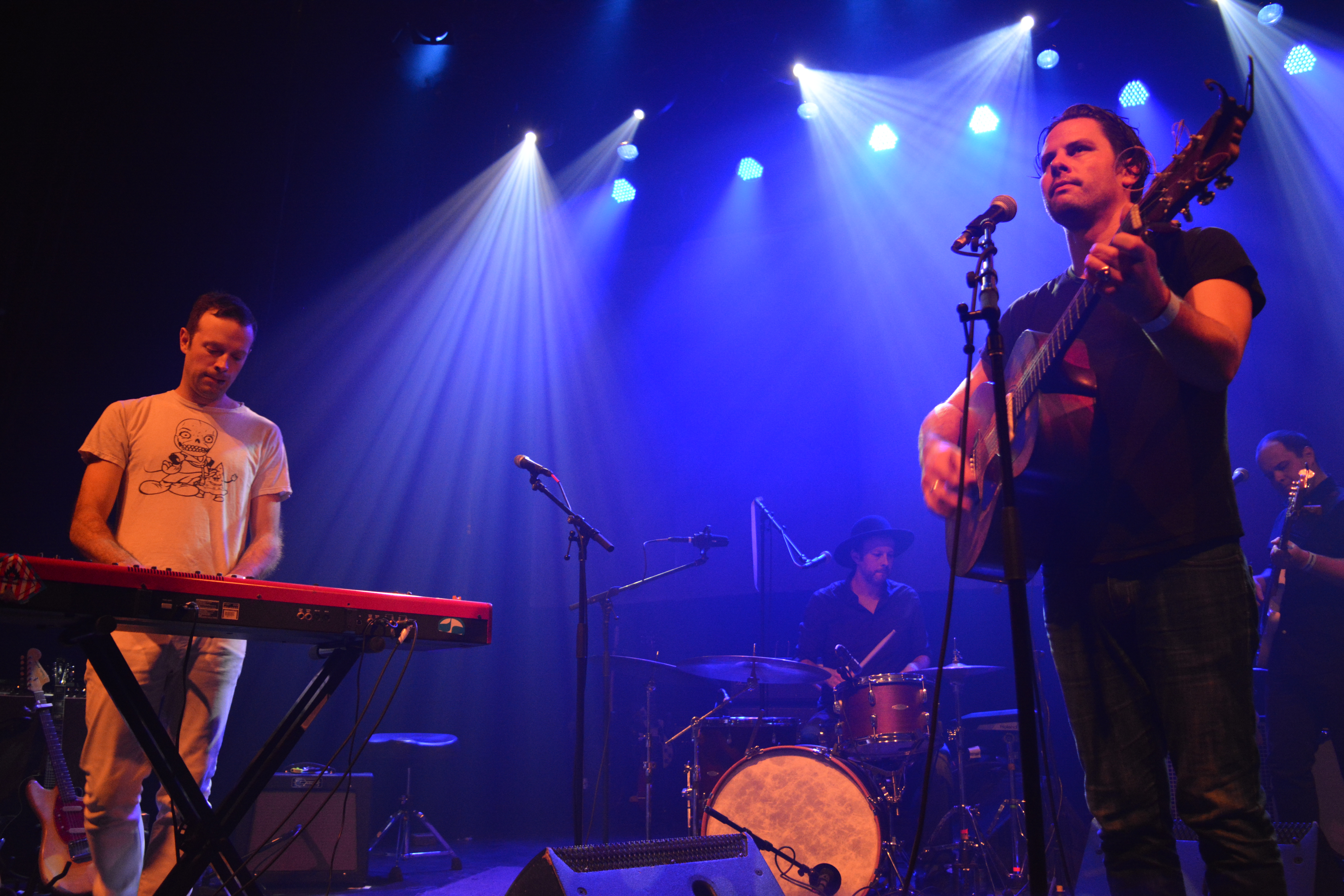 Day 2 of M for Montreal (November 19) centred around Club Soda, a small to medium size venue with a tier of seating on the sides and back of an upper level. Club Soda played host to a more indie-rock vibe with Foreign Diplomats, as well as Plants & Animals and Francophone artist Louis-Jean Cormier, whereas Café Cléopâtre, a cabaret-type venue, just across St. Laurent St., featured more of a hip-hop oriented show with Queen City Stoopkids, Wasiu, Jazz Cartier, and Dead Obies taking the stage, both venues just steps away from classic Montreal poutine. Yum!

Plants and Animals are at that awkward stage between 2012’s The End of That and their undated forthcoming album; performing and trying to gauge some of their new material live. Not so much on the heels of their noticeably stripped-down “most live-off-the-floor offering” The End of That anymore, Plants & Animals have had some limited performances, but rest assured they’ve still got it.

The hour-plus performance by the Montreal threesome included the introduction of a slew of new tracks with the accompaniment of female vocals, and only the odd few tunes from previous releases Parc Avenue and The End of That. The set list from last night is floating around online somewhere, featuring song titles “We Were One,” “Flowers,” “Off The Water” and more. Bridging the gap between The End of That and their forthcoming effort, the original material managed to marry some of the “multi-part excursion” spaciness with the more energy infused parts of their catalogue. Ending on an especially predictable high note, there was definitely no shortage of their catchy electric guitar riffs, most notably on Plants & Animals most beloved, powerhouse single “Lightshow”.

Much like the songs off The End of That, their performance featured plenty of acoustic guitar, a Plants & Animals staple on Parc Avenue and The End of That, and appearances by lead singer Warren C. Spicer on the piano. I was genuinely hoping to hear a few more tracks off their most recent effort, but also welcomed their successful attempt to entice the crowd with some of their fresh material. With a performance, and a sea of fans that made them feel right at home in their city, not to mention, some new songs fleshed out, I’m excited to see what’s to come from these Montreal indie rockers.