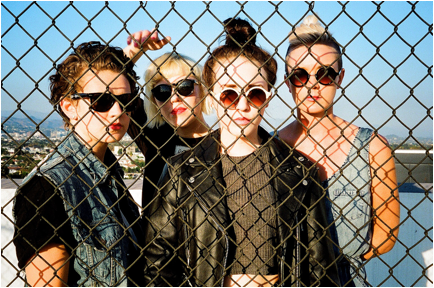 PINS, today, share their new single “Molly” from their new album Wild Nights. ‘Molly’ The song is a true reflection of the band, or as the girls say “Fuck yesterday, fuck tomorrow, everything is transient, everyday is a new party.”

The album was recorded in Joshua Tree at Rancho De La Luna with Dave Catching (QOTSA, Eagles of Death Metal) and Hayden Scott, and mixed in New York with Ben Baptie at Atomic Sound NYC. Wild Nights will be released via Bella Union on June 9th.

Following on from their first West Coast tour and performances at New York’s CMJ festival at the end of last year, PINS have just supported Sleater-Kinney, Wire and Drenge on their UK/EU tours. They’ll be returning to the US in June, including an appearance at Northside Festival. 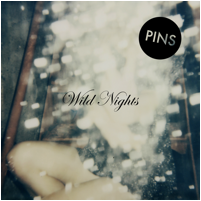