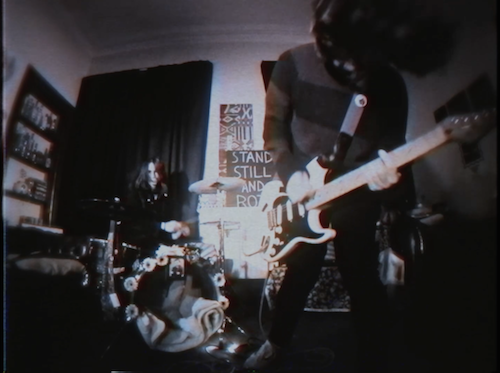 A lot of bands are compared to the likes of Sonic Youth, Nirvana, and Dinosaur Jr., but very few are capable of living up to the billing. Enter Pinact, who truly share the spirit of Glasgow’s music scene. The band combines experimental, turn-it-up-to-11 guitar sounds with melodic awareness, despite their scarce lineup consisting of only guitarist/vocalist Corrie Gillies and drummer Chris McCrory.

The duo will be releasing their debut album Stand Still and Rot on May 19th via Kanine Records. The album (produced by MJ of Hookworms). It’s loud, it’s uncompromising, and yet it sounds pretty and considered. Including popular concert tracks “Into the One,” “Brew”, and “Negative Thoughts and Jealousy,” along with newer songs “The Beginning of the End” and debut single “Anxiety.”