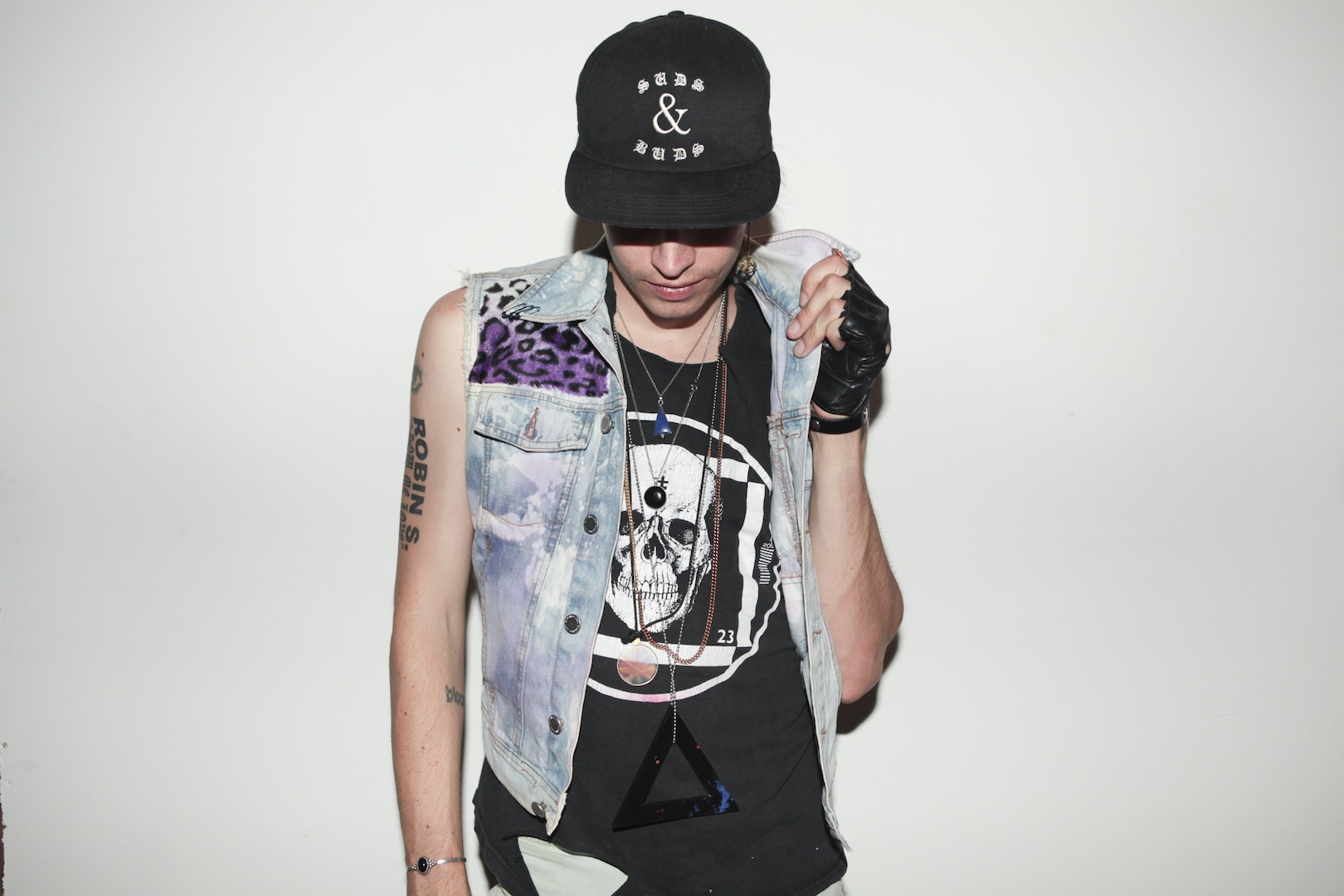 Pictureplane, the moniker of witch house producer, singer/songwriter, visual artist and designer Travis Egedy, has signed to Los-Angeles based record label Anticon. Egedy is currently putting the finishing touches on his debut Anticon LP which is expected to be released later this year. Coinciding with the signing announcement, Pictureplane is also hitting the road with Heems for a string of West Coast tour dates.

Travis Egedy, a.k.a. Pictureplane, made his name chasing unpopular realities and alternate truths across various media. His gallery works, shown on both sides of the pond, collide familiar with fringe. His Alien Body clothing line offers a stylized study of symbology, the occult, and societal decay. And his music – swirling up vintage strains of house, hip-hop, and noise.

Egedy came into his own while in Denver, Colorado. He had been pursuing a BFA in painting at Rocky Mountain College of Art + Design, but his day-to-day existence had become the medium. He lived in the legendary Rhinoceropolis warehouse, and helped convert that junkyard-adjacent DIY venue into the hub for the city’s expanding art-punk underground. In that space, his music evolved fast, and Pictureplane was born into a dank stew of harsh sounds, sub-standard living, outsider art, scavenged furnishings, weird smells, and magnificent openness. By the time his remix of HEALTH’s “Lost Time” hit the blogosphere, Egedy had grown into a sound: raw, moody dance-pop addled by rap rhythms and augmented by airy vocals. In 2009, he dropped his official debut, Dark Rift, on Lovepump United, along with a song whose title spoke volumes: “Goth Star.” By the year’s end, in a stroke of tongue-in-cheek genius, he coined the term “witch house” to describe the upwelling of dark EDM owing nearly equally to legacies of Psychic TV and C+C Music Factory.

In 2011, Pictureplane’s Thee Physical arrived, marking a major leap forward both sonically – Egedy’s voice dripping sex at the forefront of an emotive technoscape – and thematically: tracks like “Trancegender” and “Breath Work” explore sensuality and the human body with gender-dissolving aplomb. Egedy moved to Brooklyn in 2012 in order to stoke alt-rave culture from a more powerful vantage. He has since toured with Crystal Castles and Major Lazer, headlined independent fests in Europe, remixed the likes of Lil B, been remixed by Grimes, made beats for Antwon and Sole, and churned out a stream of self-releases (I.E. Thee Negative Slave Mixtape). In 2015, Pictureplane teams with Anticon to release his next LP.