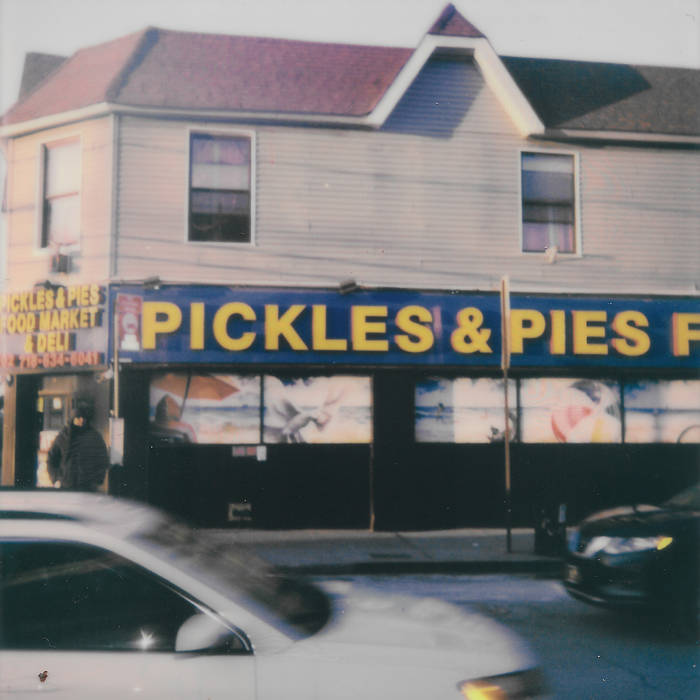 The Memories Pickles & Pies is what it would sound like if someone listened to 40 years of pop radio in a short interval (not an impossible task, given how tight playlists can be) and then quickly recreated the music themselves at home with their friends. It’s weird, fun, and clever. The Memories are an LA-based band/collective. The fluid membership list adds to the radio effect, with different voices and sounds, the one constant an emphasis on capturing the spirit of the song, but not necessarily focusing on the production or performance. This isn’t the Beach Boys hunkered down in a studio for months, trying to nail an arrangement. Rather, this is people making something cool and stopping to move onto the next thing as soon as the tune gels.

This is easiest to see with their cover of Ace of Base’s “The Sign,” here sung by Colleen Green. I never thought of “The Sign” as anything close to a good song and this version doesn’t change my mind, but it does show how much an empty song, devoid of meaning and heart, can be elevated by talented artists. The Memories reimagine the song as reggae, taking the original’s mechanical offbeat groove and giving it a more human flow. Green sings at an impossibly slow tempo, the music at times slurring, so the whole thing sounds like a record being played at the wrong speed. It’s both a tribute to a pop music staple, but also an indictment of the soulless, robotic original.

“Under the Sea,” also featuring Green’s lead vocals, continues the 90s thread with Wilson Phillips-esque harmonies over straight-forward guitar. This is one of the album’s strongest tracks because of the beauty and intricacy of the melody. Plenty of 90s bands worked the idea of a nice, processed voice over simple rock instrumentation, but not enough spent so much time trying to craft such a lovely vocal, one that could probably have, at one point in time, been used on something much more overly produced and innocuous and presented as a radio single.

The tour through time continues. “Last Chance to Dance,” with its Casio keyboard, drum machine, and autotuned vocal almost would have been perfect in a Rocky night club scene. The only thing that spoils the authenticity is an opera-like vocal that cuts in and out of the song, which is both hilarious and awesome. “Someone to Love,” sung and almost entirely performed by Chris “Unkle Funkle” Uehlein, has a Cars energy. “Purple,” perhaps a tribute of sorts to Prince, reaches back to 1970s soul. And “Waves from the Shore” has a very 1960s beach rock vibe, with a doo wop progression and plenty of beautiful vocal harmonies.

The most striking thing about Pickles & Pies is its directness. The songs are unadorned, but TheMemories give you more than enough to hear the charm of their songs. But what’s nice about this album is that unlike many bands, especially ones that describe themselves as lofi, The Memories don’t feel the need to mask the beauty in noise, distortion, and distance. They allow you to hear the pop underpinnings of every track and while there are lofi trappings, it doesn’t define or constrain the sound. It’s a tribute to their shared love of radio, but also their maturity as a band.

Pickles & Pies by The Memories comes out on May 29, via Gnar Tapes