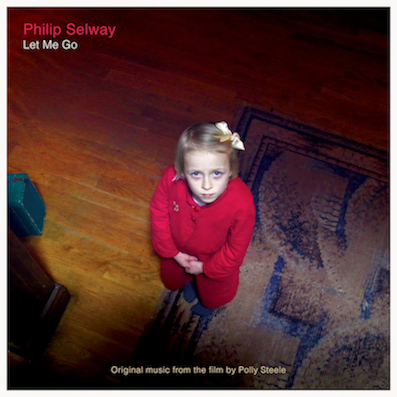 Radiohead drummer Philip Selway has announced his new album, the soundtrack to film drama Let Me Go that is due for release on October 27th via Bella Union.

?Directed by Polly Steele, Let Me Go is a story about mothers and daughters, loss and mistrust, the ramifications of a World War II crime, secrets, trauma and lingering ghosts. The album will be available digitally on September 15th to coincide with the film’s release and out physically on 10/27.

Mirroring the film’s haunted and intimate nature, Selway’s score is grounded in strings and piano, plus guitar, electronics, musical saw, glockenspiel, bowed vibraphone and the occasional use of bass and drums, creating a paradoxical sense of beauty and unease. T

Let Me Go is based on Austrian-born Helga Schneider’s memoir of the same name. She was just four years old when her mother Traudi walked out, never to return, in order to train as a guard in Germany’s concentration camps. Helga never knew the truth until, as an adult, she decided to track her mother down in Vienna, to discover not only the horror of the past, but also of Traudi’s unashamedly proud memories of the most notorious camp of all, Auschwitz-Birkenau. Helga wouldn’t return to Vienna until thirty years later, when news arrived: Traudi was dying. Helga returned, for the sake of closure, and hoping her mother had finally repented.

In 2014, Selway had written a score for the Rambert Dance Company, so he had form. “I’d also held the ambition to write a full film score too,” he says. Selway already knew the film’s director/co-producer/writer Polly Steele and co-producer Lizzie Pickering (the latter from the hospice-related fundraiser Childish Things) when they sent him the screenplay in 2015. “I read it, and then Helga’s memoir, and I was completely hooked,” he recalls. “The script had so much depth, and tackled very powerful subjects. Polly and Lizzy wanted their film to stay true to Helga’s past, and to allow me the creative freedom to realise the emotional complexity of her story.”

The soundtrack was recorded with Nick Moorbath at his Oxford studio Evolution, with string arrangements by Laura Moody. Alongside eleven instrumentals are three ballads, with words by Selway. “Walk” features the fabulous Lou Rhodes (Lamb), who also appears in the film’s nightclub scene, singing over an acoustic rendition of the track. Selway sings “Wide Open” and “Let Me Go’”himself, with an air of quiet desperation.

The musical saw on tracks such as “Helga Saw” and “Let Me Go (Rhodes)” also serves a purpose: “It’s an otherworldly sound, and a very jagged instrument, which is appropriate for the film’s drama – and the music mushroomed from there. Michael Woods’ stunning cinematography, which captured all the beautiful light in Vienna, also fed into the instrumentation and arrangements. And each actress as she was cast also shaped my approach. Such as Juliet Stevenson, who plays Helga – I immediately thought of Juliet in Truly Madly Deeply, and Barrington Pheloung’s music for the film, which also led me down the string-quartet route. I feel the soundtrack is in tune with the emotional range and overall aesthetic of the film.”