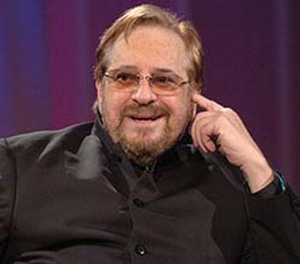 Ramone’s son, Matt Ramone, confirmed the death. The family did not immediately release details of the death, but Matt Ramone says his father was “very loving and will be missed.”

He produced three records that went on to win Grammys for album of the year — Simon’s “Still Crazy After All These Years,” Joel’s “52nd Street” and Charles’ “Genius Loves Company.” He was a pioneer of digital recording who produced what is regarded as the first major commercial release on compact disc, “52nd Street,” which came out on CD in 1982.

Ramone made an art out of the “Duets” concept, pairing Sinatra with Bono, Luther Vandross and other younger artists, Bennett with McCartney and Barbra Streisand, and Charles with Bonnie Raitt and Van Morrison. In Ramone’s memoir, “Making Records,” he recalled persuading a hesitant Sinatra to re-record some of his signature songs.

“I reminded Frank that while Laurence Olivier had performed Shakespeare in his 20s, the readings he did when he was in his 60s gave them new meaning,” Ramone wrote. “I spoke with conviction. ‘Don’t my children — and your grandchildren — deserve to hear the way you’re interpreting your classic songs now?”‘

A native of South Africa, he seemed born to make music. He had learned violin by age 3 and was trained at The Julliard School in New York. Before age 20, he had opened his own recording studio.