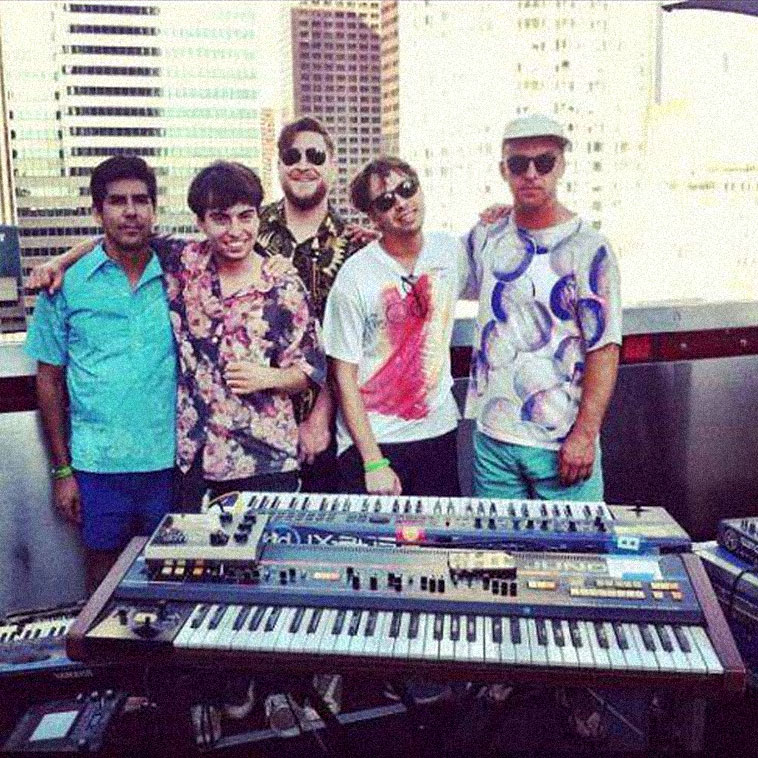 Pharaohs have arrived with their anticipated debut full-length record, Replicant Moods, out April 20th, on Los Angeles-based label, 100% Silk. A twinkling, bumping, earth-shaking record full of disco tendencies, acid house beats, layered funky rhythms and everything in between, Replicant Moods is an album that lingers after the fog machines have been turned off and the sun has risen.

The first single, “Miraculous Feet,” features the ethereal vocals of fellow labelmate Maria Minerva on top of some classic bass riffs, wavy synths and memories of The Loft and Paradise Garage

Pharaohs will be making select appearances at shows in LA and New York, with more dates to come. As the band says, “These are the wildest of wild times. Tune thyself to the techno times and the disco trip times. Prepare for the advent of the Replicant Mood times.”

Pharaohs is a duo from Los Angeles comprised of Sam Cooper and Alejandro Cohen. They first released a four song cassette in 2009 on Living Tapes, influenced by such electronic music pioneers as Richard Pinhas, Michael Rother and Manuel Gottsching among others. Ultimately, Pharaohs craft custom artifact audio narratives with the lingering essences of their predecessors.