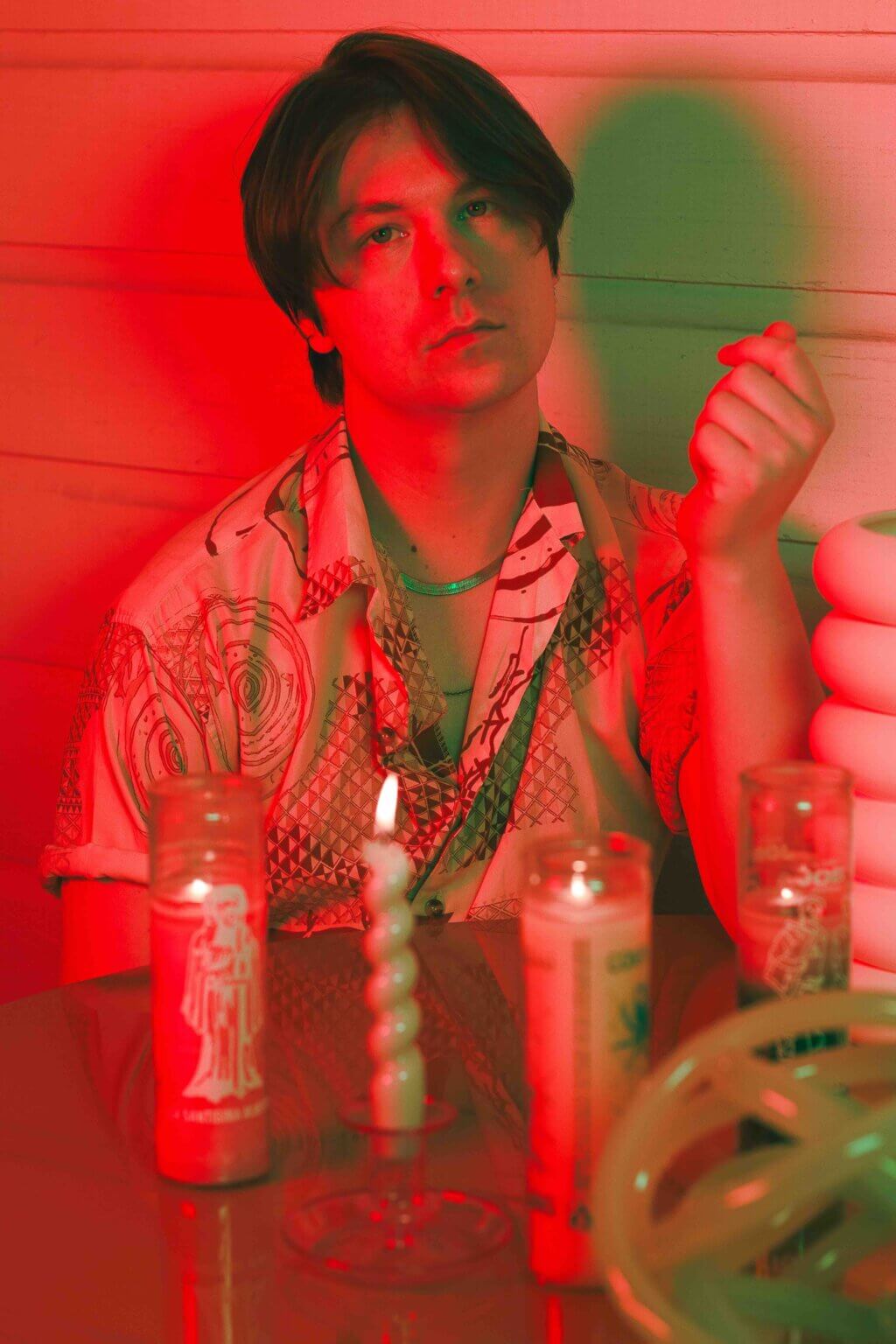 Phantom Limb have announced a new album entitled Pastoral out November 16th via Earth Libraries. Today they share the first video and single from the album, “Guppy”.

Like so many individuals stuck in self-isolation in their apartments, Andrew Laningham started to dream about wide open expanses. But the pandemic wasn’t causing him to fantasize about some idyllic wilderness; Laningham was dreaming about the rural Alabama as he knows it, the full-spectrum reality of his youth, both in its beauties and its pains. So he spent his quarantine time as if compelled, producing what would come to be Pastoral, the latest from his band, Phantom Limb. By infusing a blend of garage pop songwriting and Animal Collective electronic tweaking with chopped and screwed samples of preachers and comedians found in thrift stores throughout the American South, Laningham digs at the preconceptions of the South specifically and rural life in general—and how supposedly simple ideas like “happiness” and “isolation” get messier with each new day.

“Modern media, the internet, and technology have become a part of rural life, leading to this weirdness, claustrophobia, and overstimulation,” Laningham explains. “While the pastoral can be beautiful, it also represents an empty happiness that relies on empty symbols taken out of context—even while they retain a part of their original beauty.”

Like fellow Southerner Bradford Cox of Deerhunter, Laningham’s skill comes both in writing heady and hooky songs as well as then stretching and dizzying them into delightful new shapes. While the touchstones of the South linger in the familiar accent of the samples, the record treats the “pastoral” as a wider-reaching idea of comfort and ease—feelings that get decimated and split apart much like the voice of “Christian comic” Maddog Bonner on “Maddog (In Eb)”. Laningham is very careful not to push into mockery or treating the South with contempt, and instead to exalt the beauty of the pastoral surrounding him in Alabama. “Every media depiction I see of Alabama or the rural South in general is very much the old hillbilly from the old Mountain Dew ads,” he explains. “The rural South is so much weirder and more complicated and messier and more confusing than that.”

Lead single “Guppy” exemplifies that passion for duality, rip-roaring from staccato pulses to a cloudy haze, the squonk and squiggle of giddy synth and upshifted guitar chopping through the mix. Elsewhere, “Dumbo Returns” digs into conspiracies arising from the Coronavirus pandemic. “It comes at you alone/ Wild eyed, estranged,” he deadpans among fluorescent twinkles–like Protomartyr’s Joe Casey stuck in a funhouse mirror.

“I wanted the record to sound simultaneously cold and weird, but also warm and inviting,” Laningham says. “This record felt very personal to my experience–which is special, but also super scary.”

“We wanted this video to centre around anxiety. We landed on Jell-o as the vehicle through finding very gross-looking Jell-o salad recipes in Better Homes and Garden/Family Circle magazines from the 70s. Anxiety is sticky, paralyzing, gag-inducing, and really hard to ignore.  Eventually, it just kind of overtakes you and coats your life in this malaise. But, you kind of make a weird pact with it to keep living your life. Jell-o and anxiety are kind of similar in that way I guess.”