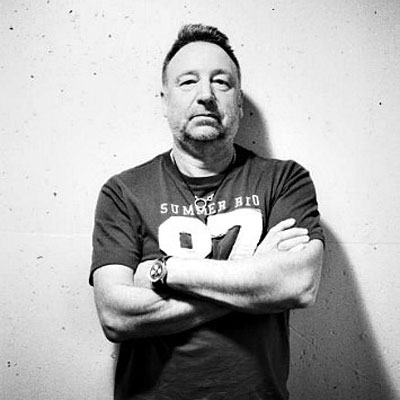 Beginning their “Movement” and “Power, Corruption & Lies” world tour following select, UK dates in early 2013, Peter Hook & The Light are to begin their acclaimed performances of the first two New Order albums first to North American audiences with a string of dates in September 2013.

Since the original launch of the tour, further dates have been added in Ferndale, Michigan and Austin, Texas. The band will also appear at Riot Fest in Chicago where the band will perform a tour exclusive Joy Division set.

For fans in Chicago and those attending Riot Fest, it has just been announced that The Light will also perform both of the New Order albums at an after show the night of the festival at Double Door in the windy city on Sunday 15th September.

As with The Light’s previous shows, both of the seminal albums are to be performed in full, sequential order and will also include all of the singles and B-sides from New Order’s early period including the post Joy Division debut single “Ceremony” and “In A Lonely Place”, the raw, futuristic “Everything’s Gone Green” and the band’s two breakthrough hits which came between the two albums, “Temptation” and “Blue Monday”.

Looking to reproduce the albums and materially as faithfully as possible, on “Movement” The Light stay true to the techniques and tricks employed by Martin Hannett on the final album he was to produce for Hooky and co. “Movement’s reputation has grown stronger amongst fans since release for its experimentation showing the bridge between Joy Division’s and New Order’s material and Peter Hook took vocals on two of the album’s key tracks, opener “Dreams Never End” and the seminal “Doubts Even Here”.