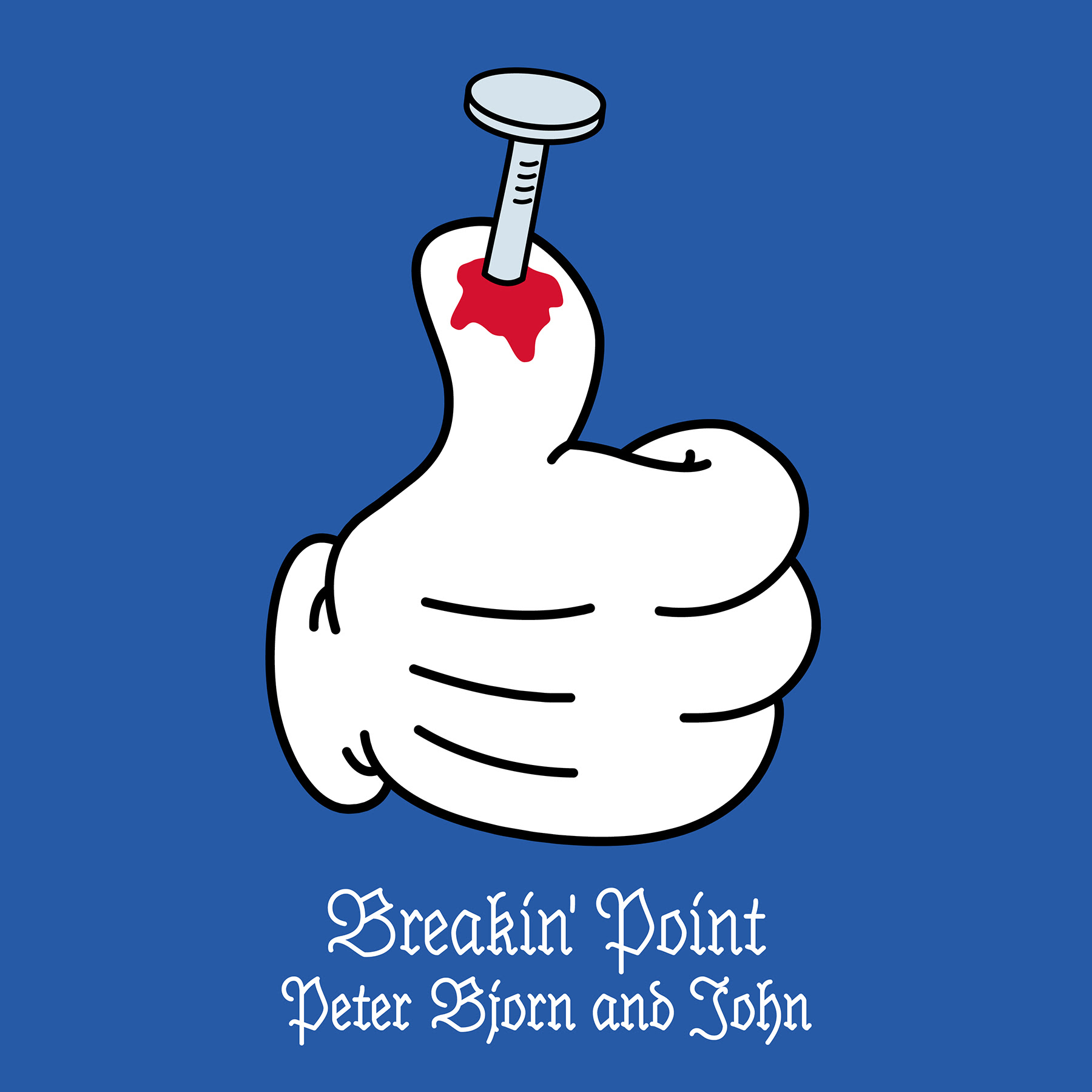 Peter Bjorn and John are excited to be releasing the title track and US single from their forthcoming new album Breakin’ Point today, purchase HERE. “Breakin’ Point” was produced by Grammy Award winner Emile Haynie – who also adds some synthesizer to the track. The song is the second to be released from Breakin’ Point – the band’s seventh full-length and first new studio album in more than five years, due out June 10th via their own imprint INGRID and Kobalt Label Services.

“Breakin’ Point” was introduced to fans yesterday thanks to a radio premiere on Zane Lowe’s Beats 1 radio show on Apple Music that airs weekdays from 9am-11am PST and via an exclusive online premiere courtesy of Stereogum.

Following the album announce and first track release, the band revealed the album’s artwork and track-listing last week via their socials…

The art for the new album and singles is the handiwork of Swedish artist Jonas Torvestig who also lent his creative genius to the band’s last album Gimme Some.

Both “What You Talking About?” and “Breakin’ Point” singles can be purchased now via all Digital Service Providers. In addition, the band announced earlier this month that they will be playing some North American, UK and European dates ahead of the June 10th release. Tickets are on sale now for the below confirmed and announced dates.